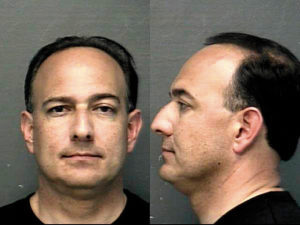 According to a press release from the United States Department of Justice (DOJ), Michael Kwasnik and his father William Kwasnik have been indicted on federal charges for their role in a $13 million Ponzi scheme.

The younger Kwasnik currently lives in Aventura, Florida, and his father resides in Marlton, New Jersey. The charges include multiple different felony counts of wire fraud, mail fraud, money laundering and conspiracy to commit money laundering. The Ponzi scheme in question ran from 2008 through 2011 and it has already been the subject of a civil lawsuit. In that civil case, a New Jersey judge ordered Michael and William Kwasnik (and a co-conspirator) to pay $14 million in financial restitution to affected investors.

How the Ponzi Scheme Worked

Using this position, he gained the confidence and trust of many, mostly elderly clients. Each and every time he brought in a new client, Mr. Kwasnik would convicted the client that it was in their best interests to name him as trustee on their account.

Of course, his estate planning clients had no knowledge that Kwasnik was investing their money with a company that he and his father owned and controlled. This in itself is unlawful self-dealing and a breach of fiduciary duty. However, to make matters far worse, Kwasnick was also simply stealing client money.

Kwasnick purchased his clients a complex life insurance product known as a life settlement benefit. At the same time, he was simply siphoning off money from the trusts for his own personal benefit. As time passed, the insurance products he bought did not generate enough return to actually pay back all of the money he stole. Kwasnik addressed this problem by simply transferring money from new investors to pay back the original investors.

This, of course, is a classic Ponzi scheme. Like all Ponzi schemes, it is completely unsustainable. Once Kwasnik was unable to repay one investor, the whole thing came crashing down.

Were You the Victim of Investment Fraud?

We can help. At the Sonn Law Group, our attorneys have successfully handled a wide variety of investment fraud cases, including Ponzi scheme cases. If you were the victim of a Ponzi scheme, please call our office today at 1-877-969-2412. Initial consultations are always free of charge.