Financial advisor says he promised to invest $890K, pocketed it instead

This article was originally published by NJ.com

MOUNT HOLLY TWP. — A Hainesport financial advisor in 2011 promised a client he would invest $890,000 of his money in mutual funds.

Instead, he admitted in Superior Court Wednesday, he pocketed the thousands. Authorities said he spent it on cars, private school, and at a country club, among other things.

Brian Murphy, 46, of Wharton Place, pleaded guilty in the Burlington County courtroom to misapplication of entrusted property and failure to pay state income taxes, according to a statement from the county prosecutor’s office. 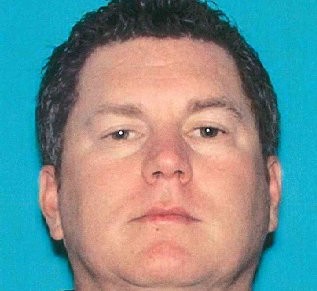 Brian Murphy, 46, of Hainesport, admitted he misused $890K a client gave him to invest.(Burlington Co. prosecutor)

Under the terms of the plea agreement, Assistant Prosecutor Andrew R. McDonnell will recommend a sentence of seven years in prison, with the conditions that Murphy make full restitution to his victim and give up forever his financial licenses.

The prosecutor’s office said the victim began giving Murphy money in March 2011 to be invested in mutual funds overseen by a specific investment firm.

Eventually the client asked for statements on his investments. Murphy at first failed to provide them and then created “fictitious financial statements” and a fake website to try to appease the client, the office said.

The client eventually learned through a call to Murphy’s office, Murphy Financial Advisors in Moorestown, that he had never deposited any of the money. At that point, the prosecutor’s office said, Murphy showed up at the victim’s home and tried to get him or her to sign a promissory note that said the client had agreed to loan him the money.

The prosecutor’s office’s Financial Crimes Unit investigated the case alongside the New Jersey Department of Treasury Office of Criminal Investigations.

Anyone who believes Murphy may have stolen from him or her is asked to call the prosecutor’s office at (609) 265-5035 and ask for a detective in the Financial Crimes Unit.