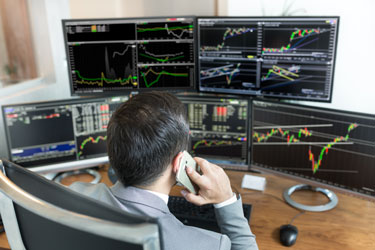 Stewart Clinton Malloy (CRD#: 1029931) is a previously registered securities broker. From 2009 to 2015, Mr. Malloy was employed at Morgan Stanley in Riverhead, New York.

During his time at Morgan Stanley, Stewart Malloy face multiple allegations that he made unsuitable investment recommendations to investors.

Eventually, FINRA opened its own review into these allegations. However, Mr. Malloy refused to comply with the inquiry.

FINRA initially launched an investigation into Mr. Malloy after he was terminated by his brokerage firm. In September of 2016, Morgan Stanley provided the agency with an amended Form U5 indicating that Mr. Malloy had been fired after two customers submitted complaints. These investors alleged that they collectively suffered more than $1 million in losses as a result of unsuitable investment recommendations and unauthorized trades.

Despite repeated attempts to get documents and on-the-record testimony from Mr. Malloy, investigators were never successful in doing so. Under FINRA Rule 8210, all registered representatives have a professional responsibility to comply with formal investigations. As a result of Stewart Malloy’s knowing failure to cooperate with FINRA, he has been permanently barred from the industry.