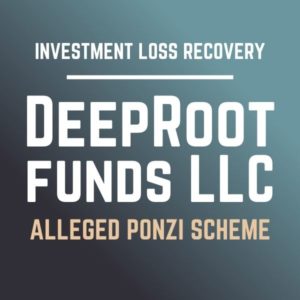 INVESTORS: The Sonn Law Group – a consumer protection law firm with over 30 years of experience representing victims of fraudulent investment schemes – is investigating allegations that Robert J. Mueller has swindled investors out of $58 million through his company deeproot Funds, LLC.

We want to hear from investors who are worried about their investments with Robert J. Mueller of deeproot funds LLC, based in San Antonio Texas. We are committed to gathering the facts and helping you recover as much of your investment as possible.

If you’ve invested with Robert J. Mueller and deeproot funds LLC, call the Sonn Law Group anytime at 844-689-5754 or complete the intake form below to speak with a legal professional from our firm about your options for recovery.

Worried about your investments with Robert J. Mueller of deeproot funds LLC?
Submit the short form below to schedule a free consultation. 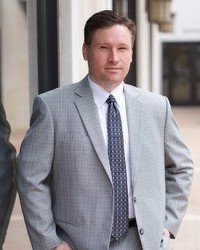 Below is the text from the SEC’s complaint regarding Robert J. Mueller of deeproot funds LLC:

1. From at least September 2015 to at least February 2021, Robert J. Mueller and deeproot, both investment advisers, defrauded two investment funds they advise and nearly 300 people who invested roughly $58 million in the funds.

3. For the 575 Fund, investors committed their principal investment for five years and elected to receive either simple annual interest of 7% per year paid out in a lump sum at the end of the five-year term, or 5% simple annual interest paid out in monthly installments for each of five years thus, the “5-7-5″ in the fund’s name). For the GRD fund, investors committed their principal investment for an undetermined time and were promised that they could receive a potentially larger payout upon the maturity of a life policy investment and based on a complex, first-in, first-out redemption process at an unspecified future point in time.

7. Since 2015, neither the life insurance policies nor the “capital” investments in affiliated businesses have yielded significant revenue or cash flow for Defendants or the Funds. This caused Mueller and Policy Services to default on the purchase of one $10 million face value life insurance policy, losing nearly $3.5 million of the Funds’ money in the process. It also caused Mueller and deeproot to make more than $820,000 of Ponzi-like payments to earlier investors in the Funds using money raised from new investors, and make at least $177,000 in payments from money borrowed on a short-term basis using the life insurance policies as collateral.

8. Despite making statements suggesting he took no compensation from the Funds, Mueller commingled assets of the Funds in deeproot and Policy Services bank accounts and used them to make ad hoc salary payments to himself whenever investor money was available, totaling roughly $1.6 million from 2016 through 2020.

9. Mueller also used more than $1.5 million of the Funds’ assets to pay hundreds of personal expenses, including his daughter’s private school tuition, vacations with his family, his second wedding, his second divorce, his third wedding, jewelry for both his second and third wives (including engagement rings and wedding bands for both wives), other lifestyle spending for and by his family, and to buy a condominium in Kauai, Hawaii. When asked by SEC counsel during investigative testimony about his use of the Funds’ assets to pay for these personal and family expenses, Mueller asserted his Fifth Amendment right against self-incrimination.

11. As alleged in this Complaint, Defendants Mueller and deeproot, both investment advisers, directly or indirectly employed a device, scheme, or artifice to defraud clients or prospective clients; engaged in transactions, practices, or courses of business which operated as a fraud or deceit upon clients or prospective clients; and otherwise engaged in acts, practices, or a course of business which were fraudulent, deceptive, or manipulative. Accordingly, Defendants Mueller and deeproot violated Sections 206(1), (2), and (4) of the Investment Advisers Act of 1940 (“Advisers Act”) [15 U.S.C. $ 80b-6] and Rule 206(4)-8 thereunder [17 C.F.R. $ 275.206(4)-8).

12. Because the Relief Defendants received proceeds of Defendants’ fraudulent conduct without providing consideration in exchange, they have no legitimate claim to such money. Accordingly, Relief Defendants were unjustly enriched and must disgorge their ill-gotten gains resulting from Defendants’ violations.

Over our 30+ year history the Sonn Law Group is has recovered hundreds of millions for victims of Ponzi schemes. If you invested with Robert J. Mueller of deeproot funds LLC we want to help you recover your losses. Call us anytime at 844-689-5754 or complete this short form. We look forward to hearing from you.