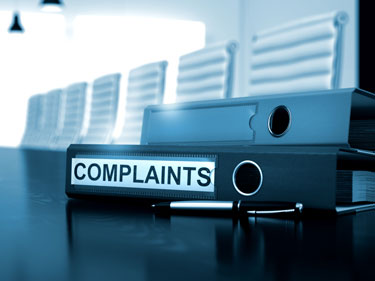 If you lost money investing with Raymond James Financial Services, and you believe that you were the victim of fraud or broker negligence, please contact our legal team today. We are standing by, ready to fight to protect your legal rights.

In April of 2017, Raymond James agreed to pay wronged investors $150,000,000 to settle claims related to a very complex investment fraud case involving the redesign of a northern Vermont ski resort.

More specifically, this case stems from fraud charges that the Securities and Exchange Commission (SEC) had already brought against two men, including Ariel Quiros of Miami, Florida, in relation to a massive fraud scheme that occurred in the redevelopment of Jay Peak.

In all, a team of developers that was led by Mr. Quiros raised more than $400 million from investors to complete the redevelopment of Jay Peak. Notably, much of this money was raised through the EB-5 immigrant investor program.

This program allows foreign nationals to obtain an American green card if they making a qualifying investment into a financially disadvantaged part of the United States. Unfortunately, in this case, it became clear that the much of the money for the project had been misused. At least $200 million of investor money was misappropriated, with much of it simply being siphoned off by the fraudsters.

Raymond James became a party to this case when it was made public that much of the fraud was being done through Raymond James-managed accounts. Indeed, the actions of Raymond James representatives helped to sustain the fraud.

A high-ranking Raymond James executive helped Mr. Quiros transfer money between accounts in a manner that was highly unusual. At the very least, Raymond James was grossly negligent. At worst, the brokerage firm was a participant in the fraud scheme.

In May of 2016, FINRA’s Department of Market Regulation found that Raymond James had failed to establish and implement supervisory policies that are necessary to identify and report suspicious activity. This type of misconduct hurts all investors, as it puts the overall integrity of the market in question. FINRA investigators determined that Raymond James accounts were being used in a suspicious manner, particularly when it came to low-priced securities (penny stocks).

The brokerage firm missed and/or failed to report many penny stock trades that should have raised red flags. These types of quick penny stock transactions are often part of ‘pump and dump’ schemes or other fraudulent conduct. Without admitting to or denying any misconduct in the case, Raymond James consented to the penalties, which included the implementation of new supervisory policies, public censure and financial penalties of $9,000,000.

In October of 2015, a Dallas, Texas-based FINRA arbitration panel awarded $100,000 in financial compensation to an investor of Raymond James Financial Services. According to the allegations brought by this investor, he sustained substantial financial losses because of the negligent advice he received from Raymond James regarding annuity investments. The investor asserted several different claims, including:

In July of 2015, Raymond James consented to findings from the FINRA Department of Enforcement that the firm had improperly overcharged its customers. Specifically, investigators determined that Raymond James failed to apply all available sales charge waivers to the investment accounts of certain retirement plans and nonprofit organizations. This led to considerable financial losses for these customers. FINRA ordered Raymond James to pay more than $4.2 million in financial restitution to the affected investors.

In May of 2012, a Raymond James Financial Services investor brought a complaint before a Chicago, IL-based FINRA arbitration panel. The underlying misconduct in this case related to the firm’s sale of auction rate securities. The investor, who had sustained substantial financial losses working with Raymond James, asserted several different specific claims against the firm, including:

After reviewing the investor’s case, the FINRA arbitration panel found that Raymond James was indeed liable for the losses, awarding the investor $518,203.70 in financial relief.

In October of 2010, a Raymond James investor brought a complaint before a Boca Raton, Florida-based FINRA arbitration panel. According to the investor, her mother’s estate had lost a considerable amount of money due to the misconduct of a Raymond James securities representative. Among the different causes of action that were asserted by the claimant were:

After reviewing the claim, the FINRA arbitration panel agreed with the claimant, finding that the broker had unlawfully taken advantage of the elderly investor. As a result, the panel ordered Raymond James to pay the investor $265,000 in compensation.

If you lost any of your hard earned money investing with Raymond James Financial Services, or any of the firm’s representatives, our investment fraud attorneys are standing by, ready to help. At Sonn Law Group, we have helped countless investors recover full financial compensation for their losses.

To learn more about what our investor rights advocates can do for you, please contact us today to set up your free, no obligation initial consultation. All consultations are fully confidential. We take on all investment fraud claims on a contingency basis. That means our attorneys will not collect legal fees unless we win or successfully settle your claim.