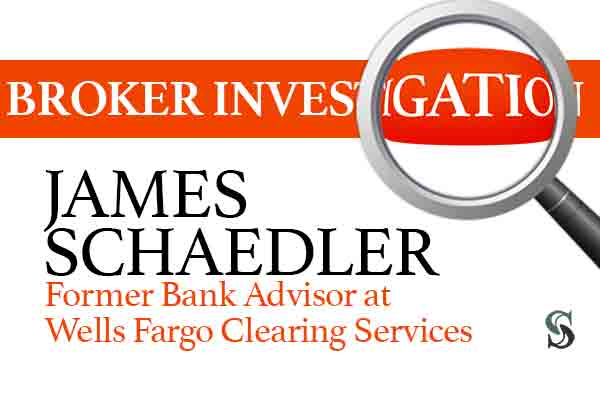 Mr. Schaedler was barred from practicing in the financial services industry by the Financial Industry Regulatory Authority (FINRA) on June 29, 2017. The decision came down after Mr. Schaedler refused to provide FINRA with information and documents needed to asses the validity of claims that he manipulated an elderly investor.

Here is the precise text of the allegation from James Schaedler’s BrokerCheck profile:

Without admitting or denying the findings, Schaedler consented to the sanction and to the entry of findings that he refused to produce information and documents requested by FINRA during the course of an investigation into allegations that he exercised influence over a former elderly client, who ultimately amended her trust making him a partial beneficiary and the residual beneficiary of her $2.3 million dollar estate. The findings stated that the investigation was later expanded to include allegations that Schaedler also improperly received a $200,000 gift from a second elderly client.

If you’ve ever invested money with James Schaedler or his employers, the securities fraud attorneys at the Sonn Law Group are interested in speaking with you. Contact us online or by phone at 305.912.3000 for a free consultation.