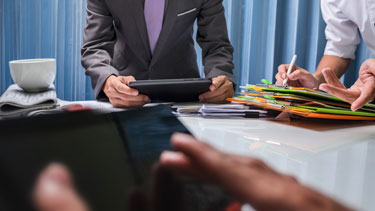 Ronald Rothchild (CRD#: 4491932) is a registered broker and investment advisor. Since August of 2017, Mr. Rothchild has been employed at National Securities Corporation in Melville, New York. Prior to that, he was a representative of Raymond James Financial Services (2011 to 2016).

While at Raymond James, Mr, Rothchild faced multiple complaints from investors. Notably, he was discharged by the brokerage firm in April of 2016 after allegations that he made unauthorized transactions and that he made unsuitable investment recommendations.

In December of 2016, an investor filed a complaint against former Raymond James broker Ronald Rothchild alleging losses related to negligence, breach of fiduciary duty, and material misrepresentations. While BrokerCheck notes that Mr. Rothchild adamantly denies any wrongdoing in this case, the complaint was settled for $48,000.

In 2018, an investor filed a complaint against Mr. Rochchild alleging losses related to unsuitable investments. Notably, she stated that her “risk tolerance” was incorrectly marked on her brokerage firm paperwork. Eventually, her claim was settled for $75,000.

Currently, there is another complaint that is ‘pending’ against broker Ronald Rothschild. An investor is seeking $100,000 in damages for losses sustained due to negligence, unsuitability, and breach of fiduciary.

At Sonn Law Group, we fight for the rights and interests of investors nationwide. If you sustained losses due to financial advisor fraud or financial advisor negligence, our law firm can help. For a free case evaluation, please contact us today.