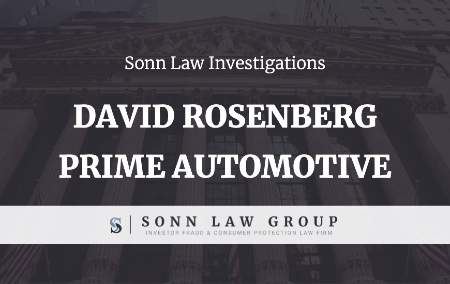 Prime Automotive Group was purchased by GPB Capital in May 2017. The company owns and operates 56 dealerships organized into five regional groups across multiple states. Nine dealerships are located in Maine. The company generated $3.3 billion in revenue in 2019.

Rosenberg was formerly the CEO of Prime Automotive Group. He later filed a lawsuit against GPB Capital Holdings alleging that he was fired based on his attempts to expose financial misconduct on the part of GPB Capital. GPB Capital denied all allegations.

Rosenberg originally sued GPB Capital in July alleging financial misconduct. He amended his complaint in November to add that GPB Capital was contractually obligated to retain him as the dealerships’ sole decision-maker and could not legally remove him without authorization from auto manufacturers.

According to the amended complaint, Toyota, Volkswagen, and other manufacturers threatened to revoke their franchise agreements with Prime dealerships as a result of breaches of contract stemming from Rosenberg’s removal.

In a statement, Prime Automotive stated, “We have ongoing discussions with both Toyota and Volkswagen. Manufacturers have a lengthy process to get a new CEO approved and we began that process as soon as Todd joined us last week.”