Toni Caiazzo Neff reported that she has been followed and had her car tampered with. 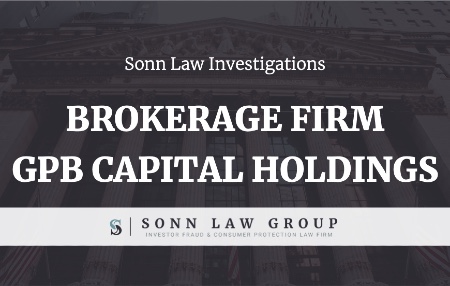 Toni Caiazzo Neff, a compliance executive at an independent broker-dealer, raised concerns about GPB Capital Holdings in 2016. She now believes she is the target of scare tactics initiated in an attempt to intimidate her.

Ms. Caiazzo Neff was formerly employed by Purshe Kaplan Sterling, one of the sixty broker-dealers that sold private placements issued by GPB capital. In a federal lawsuit, Ms. Caiazzo Neff alleged she was fired in 2018 in retaliation for her alerting securities regulators over concerns about the firm’s sale of alternative investments, including GPB Capital.

At a press conference in New York earlier this month, Ms. Caiazzo Neff stated that she contacted FINRA and SEC officials after her termination to let them know about GPB Capital, which had reportedly raised $1.8 billion from investors. Her concerns centered around allegations that management at GPB Capital used investor funds to monetize personal business interests.

In October, the Department of Justice charged the chief compliance officer of GPB Capital Holdings, Michael Cohn, with obstruction of justice relating to an SEC investigation. “Since the announcement of Michael Cohn being indicted, there has been a series of events that left me concerned. It appeared I was being followed by a man. Most recently, someone loosened all five lug nuts on the back tire of my car and, as I was driving, the wheel almost fell off,” Ms. Caiazzo Neff stated.

Ms. Caiazzo Neff said she first became aware of GPB Capital in 2016 when Purshe Kaplan Sterling, the broker-dealer where she worked at the time, asked her to do due diligence on the private placement. She recommended that the company have nothing to do with the firm.

“But over time, the lure of 8% commissions — or even higher — had the same effect at Purshe Kaplan that they did at scores other brokerage firms,” she said. “When management later went around me and decided to sell GPB Capital against my recommendation, I reported the situation to FINRA and was then fired.”

GPB Capital has been under investigation by state and federal authorities for several months for potential securities law violations. In April, Automotive News reported that the FBI and a New York City agency had searched the company’s offices in late February. GPB Capital has also acknowledged facing inquiries by the SEC.