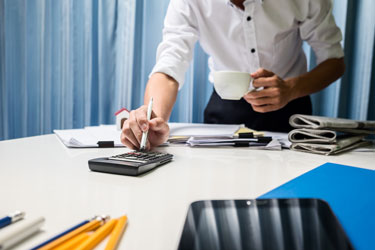 In addition to his firm being expelled, and following a string of very serious of customer complaints, the Financial Industry Regulatory Authority (FINRA) has also permanently barred Fuad Ahmed from the securities industry. Recently, Mr. Ahmed was ordered to pay $13.6 million in financial restitution to investors.

The Allegations Against Fuad Ahmed

All information contained in this article comes directly from the National Adjudicatory Council (NAC) Decision in the case against Fuad Ahmed and Success Trade Securities (Complaint No. 2012034211301)

In 1998, Fuad Ahmed formed Success Trade Securities. Until 2015, Mr. Ahmed owned and managed this company. This company marketed itself to the public as an ‘online discount securities broker’, and it operated under the trade names “Just2Trade.com” and “LowTrades.com”. Notably, this company started experiencing significant financial problems several years ago. For example, in 2008, Success Trade Securities posted a $630,000 net loss.

Between 2009 and 2013, Mr. Ahmed and other representatives associated with Success Trade Securities sold more than 152 promissory notes to at least 65 different investors. In total, these promissory notes were valued at nearly $20 million.

The NAC Decision indicates that Mr. Ahmed and Success Trade Securities misrepresented and omitted material facts when offering securities to investors. For example, investigators believe that this company substantially misrepresented how it planned to use the money it was raising from the securities offering.

Investors were informed that 40 percent would go advertising, 30 percent to buy out shareholders, and 22 percent to upgrade technology. In reality, more than half of the money could not be accounted for, and very little went to the stated purposes.

To keep investors engaged in the fraud scheme, Mr. Ahmed substantially misrepresented the value of the assets that were held by the company. As a result of the promissory note fraud, Fuad Ahmed faces several sanctions, including:

We Fight for Investor Rights

At the Sonn Law Group, our investment fraud team has the skills and legal knowledge required to assist investors. We have helped many recover money for their investment losses. If you need legal help, please do not delay in reaching out to our law firm to request a free, fully private review of your legal claim.