The article below – which highlights an investment loss recovery result achieved by Sonn Law Group – was originally published by Matthias Rieker of the Wall Street Journal in November 2014.

Sam Young, whose five-year NBA career included stints with the Memphis Grizzlies and the Indiana Pacers, lost about $600,000 he invested in unregistered promissory notes that broker Jinesh “Hodge” Brahmbhatt had recommended but which turned out to be worthless, according to his arbitration claim.

The Financial Industry Regulatory Authority arbitration panel on Monday ordered Mr. Brahmbhatt to pay back Mr. Young’s losses with interest. In addition, the broker has to pay $1 million in punitive damages and $400,000 in attorney fees, according to Finra documents. 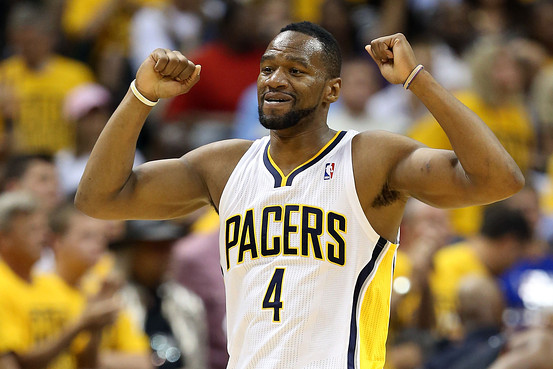 Sam Young during a playoff game for the Indiana Pacers, Image source.

Mr. Brahmbhatt’s lawyer, Alan Futerfas, said his client didn’t have the money to pay him so he could be defended before the arbitration proceeding nor did Mr. Brahmbhatt attend the hearings. Finra last year barred him from working in the securities industry.

Mr. Brahmbhatt was a broker with Success Trade Securities Inc. of Washington, D.C., and has previously worked at Stratton Oakmont Inc., the Long Island brokerage firm depicted in the 2013 movie, “The Wolf of Wall Street.” Finra expelled Stratton Oakmont in 1998.

Mr. Ahmed and Success Trade were ordered to pay 59 investors a total of $13.7 million.

Mr. Young, who now plays with Juvecaserta Basket in Italy, was intensely focused on his NBA career but not financially savvy when Mr. Brahmbhatt targeted him and other players, said Jeffrey Sonn of law firm Sonn & Erez PLC, who represented Mr. Young in the arbitration along with a second attorney, Adam Nativ.

“Many of them are easily duped” and end up in financial difficulties, Mr.Sonn said.

In 2012, Mr. Brahmbhatt had Mr. Young invest in promissory notes issued by Success Trade and CFP Group Inc., a security firm in the same building as Mr. Brahmbhatt’s own office. Both series of notes violated securities laws, and Mr. Brahmbhatt failed to disclose material financial information that would have warned the investors about the risks, according to the claim and Mr. Young’s lawyers.

Brahmbhatt’s insurance lapsed last year and it is doubtful he can pay the awards.

Still, Mr. Sonn said the award is important because it will send a message to financial advisers. “When you scam victims like that you will be punished,” he said,

Mr. Young’s initial arbitration claim had charged Mr. Ahmed and Success Trade, in addition to Mr. Brahmbhatt, in the alleged fraud. Mr. Admed and his firm settled with Mr. Young for an undisclosed amount.

Mr. Ahmed has appealed Finra’s decision to bar him and expel Success Trade. But Mr. Ahmed said he and his the firm are committed to reimbursing investors in the Success Trade promissory notes, which he insisted were legitimate investments.

“I look forward to clearing my name,” said Mr. Ahmed, noting that he wasn’t aware that Mr. Brahmbhatt had been selling the CFP promissory notes.