What is the “Fraud-on-the-Market” Doctrine of Securities Fraud? 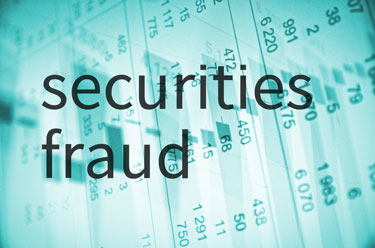 Imagine that you purchased a substantial amount of stock in a prominent American energy company. You did so under the impression that this company offered a relatively safe investment. Two months later, it comes to light that the company has been implicated in a massive accounting fraud scam; and, as such, the price of the stock tanks.

Unfortunately, this has happened to many investors before. In one of the most famous financial fraud cases, Enron’s stock collapsed from $90 per share to less than $1 per share on reports of extensive fraud.

One of the most important (and contentious) elements in securities litigation is “reliance”. As is true with other fraud claims, you cannot recover compensation as a fraud victim unless you can establish that you actually relied on the false or misleading statements of the defendant.

Generally, securities cases are governed by Section 10(b) of the Securities Exchange Act of 1934 and Rule 10b-5. These federal regulations require securities fraud plaintiffs to prove several different specific elements in order to be eligible to recover financial compensation for their investment losses.

For our purposes here, the most notable of these elements is as follows: A securities plaintiff must be able to establish actual reliance on the defendant’s false statements, misrepresentations or omissions of material fact.

On the surface level, this element seems to be rather straightforward. However, in reality, it is often far more complicated. To better understand the crux of the issue, please consider the following example:

A company knowingly included fraudulent financial information in an official SEC filing. Many different investors purchased stock in the days and weeks after this fraudulent information was made available to the public. Investor A obtained a copy of the SEC filing, analyzed the false data, and bought a significant amount of the company’s stock based off of that information. At approximately the same time, Investor B, who never accessed that false SEC report, or read any other company financial statements, also bought a large amount of the company’s stock.

Who relied on the false statements made by the company? Under traditional theories of reliance, Investor A would certainly be a victim of securities fraud, as they made a decision based off of the false information.

Yet, Investor B would technically not qualify to bring a claim, because they did not directly rely on any false statements made by the defendant. To be sure, this investor could not have relied on any false statements, as they did not even read the report. This creates a very difficult situation to resolve. The “fraud-on-the-market” doctrine seeks to resolve this potential problem.

The “Fraud-on-the-Market” Doctrine: A Theory of Indirect Reliance

Perhaps the best way to think about the “fraud-on-the-market” legal doctrine is that it is a theory that allows securities fraud litigants to establish reliance in an indirect manner. This legal doctrine makes a basic assumption that is in line with many mainstream theories of investment and price theory, including the critically important Efficient Market Hypothesis (EMH).

More specifically, the assumption is that the price of a stock at any given moment is a function of all relevant information that is known about the company and its business.

The “fraud-on-the-market” Doctrine, which was originally crafted by the Supreme Court of the United States in the case of Basic, Inc. v. Levinson, and was recently upheld by the court in Halliburton II, does not eliminate the reliance element altogether in securities fraud claims. Instead, it grants the plaintiff in this type of case a rebuttable presumption of reliance if the plaintiff can establish the following four things:

To be clear, the securities fraud plaintiff is granted a rebuttable presumption of reliance if all four of those factors are met; of course, this means that the defendant has the opportunity to challenge that presumption, and prove that there was no reliance.

It is difficult for defendants to do so, but if a defendant can produce evidence that severs the causal link between the misrepresentations and market price, then wronged investors will need to prove reliance in another way.

Were You a Victim of Securities Fraud?

Our aggressive legal team is standing by, ready to help. At Sonn Law Group, we are proud to be fierce advocates for investors. If you have any questions or concerns about “fraud-on-the-market”, or establishing reliance in your securities fraud claim, please contact our law firm today at 877-872-5272 to get free legal assistance. From our primary office in Aventura, Florida, as well as our satellite offices in Florida, Texas and Georgia, we serve clients nationwide.