One customer is seeking $700,000 in damages over GPB private placements. 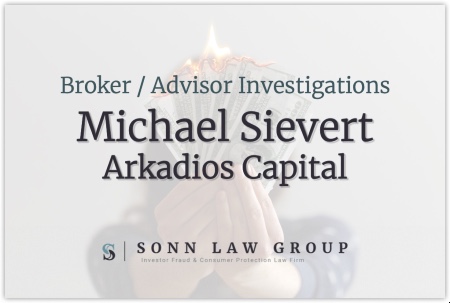 The first complaint was filed on July 16, 2019, seeking damages of $500,000. The allegations state, “Statement of Claim incorrectly asserts that Representative sold GPB Automotive and GPB Holdings to Claimants during his association with Triad.

Those sales were made by a different former Representative and his CRD updated accordingly. However, because Sievert is mentioned in the Statement of Claim and a GPB investment made at Arkadios is referenced in a footnote to the Statement of Claim, this disclosure is deemed necessary.” This matter is still pending.

The second complaint was filed on November 26, 2019, seeking damages of $200,000. The allegations state, “In 2014, Claimants elected to invest in GPB Holdings. After suspension of distributions, Claimants now assert, five years after the fact, that the investment was unsuitable.” This matter is still pending.

GPB Capital Holdings is a New York-based investment firm that offers exempt, private-placement securities. These investments inherently have a high degree of risk due to their nature as unregistered securities offerings (and without regulatory oversight). The investment firm raised $1.8 billion from investors through private placements that invested in automotive dealerships, the waste management industry, and middle market lending. These investments were high risk and high commission (nearly 8%) private placements.

GPB Capital Holdings other funds also reported declines in estimated value of 25% to 73%.