The Sonn Law Group is investigating allegations that Fredrick Randhahn committed misconduct. If you or a family member has suffered losses investing, we want to discuss your case. Please contact us today for a free review of your case. 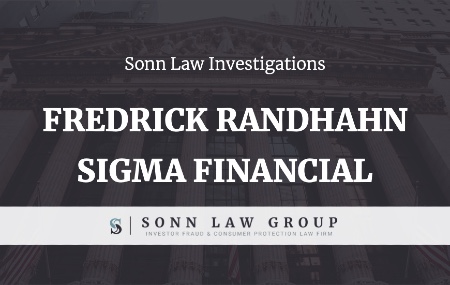 Fredrick Randhahn (CRD#: 1338801) accepted and consented to FINRA’s findings that he engaged in private securities transactions involving the sale of promissory notes without seeking prior approval from his member firm.

Randhahn personally invested $125,000 in promissory notes and received $33,167.67 in commissions in connection with these transactions. Later the fund filed a voluntary Chapter 11 bankruptcy petition. The United States District Court for the Southern District of Florida issued final judgments against, among others, the fund and its former owner. Those judgments required the fund and its former owner to, among other things, disgorge their ill-gotten gains and also required the former owner to pay a civil penalty.

The findings also stated that Randhahn failed to make any disclosure of the fund to the firm in response to two firm questionnaires. On his questionnaires, Randhahn denied participating in any private securities transactions or selling any non-securities investment products.

Randhahn is also the subject of a customer dispute alleging that they were sold unapproved investments by Ranhahn. The matter is pending and the complainant is seeking $400,000.