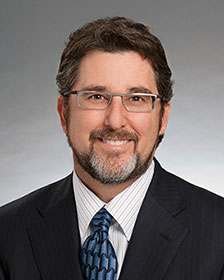 During his career, Mr. Sonn has litigated numerous cases to successful resolution, recovering many millions of dollars for defrauded investors. He recently won a $50 million final judgment in Katz v. MRT Holdings, one of the few cases in the Private Securities Litigation Reform Act passed in 1995 to yield a final judgment on the merits.

Mr. Sonn was the CNBC contributing expert on the Bernard Madoff Ponzi Scheme for the CNBC shows “On the Money” and “Scam of the Century, Bernie Madoff and the $50 Billion Dollar Heist.” Mr. Sonn recently appeared in the CNBC show “American Greed.”

Mr. Sonn serves as a Director of the Public Investor Arbitration Bar Association, the national bar association for attorneys who practice securities fraud law. Mr. Sonn regularly lectures, and participates at national seminars, on the topic of securities fraud.

Prior to founding the Firm in 1995, Mr. Sonn was associated with the Miami-based securities-litigation defense firm Gilbride Heller & Brown and the bankruptcy law firm of Mishan, Sloto, Hoffman and Greenberg (the firm was founded by United States Bankruptcy Judge A.J. Cristol).

Mr. Sonn is admitted to practice law in the State of Florida, the United States District Courts for the Middle and Southern Districts of Florida, and the 11th Circuit Court of Appeals.