Official: Puerto Rico government could collapse if no steps taken

The following article was originally published by the Associated Press.

SAN JUAN, Puerto Rico – The administration of Puerto Rico’s new governor warned on Tuesday that the U.S. territory government could shut down if dramatic measures to offset the economic crisis aren’t taken soon.

The warning came as officials released new data provided by the previous governor during the transition process that it says shows the crisis is even worse than previously believed. 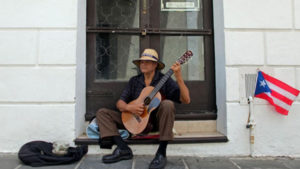 “If we don’t make a dramatic adjustment, there could be a total collapse in upcoming months,” said Elias Sanchez, the governor’s representative to a federal control board created last year to oversee Puerto Rico’s finances.

He told reporters that the extent of the fiscal crisis is still unknown, in part because of a lack of communication between public agencies. Overall, Puerto Rico is seeking to restructure its nearly $70 billion in public debt, and the island has defaulted on millions of dollars’ worth of bond payments since August, angering creditors who have filed multiple lawsuits.

The report also states that Puerto Rico’s largest public university has $91 million deposited in the Government Development Bank that it cannot access because of an ongoing debt moratorium. In addition, officials say the bank, which oversees the island’s debt transactions, turned over its routing number last April and has not issued a check since. All of the bank’s deposits have been moved to private banks.

“The crisis is real and more severe than people think,” Sanchez said.

Puerto Rico has a multimillion-dollar bond payment due in February, but Sanchez said it’s too early to say whether it will be made. He said the government will talk with the federal control board in upcoming days about that payment.

“We’re going to see what kind of agreement we can reach,” he said.

Rossello’s administration already has requested an extension on a deadline to turn in a revised fiscal plan that the board is supposed to approve by Jan. 31. Officials also have asked for an extension on a moratorium that temporarily protects Puerto Rico from creditor lawsuits. The board has not responded publicly to those requests.

Meanwhile, Rossello’s administration has pledged to restructure the government to reduce costs as well as reform the island’s tax and retirement systems. Rossello already signed several executive orders aimed at turning around the economic crisis, including ordering agencies to reduce their budgets and contracts for professional services by 10 percent.

He also has submitted a labor reform bill that seeks to cut the size of a mandatory Christmas bonus and the required number of vacation and sick days granted to workers. Puerto Rico’s Senate is debating the bill amid a growing number of protests.