Puerto Rico Debt Crisis in 2017: A Round-Up of the Top Stories 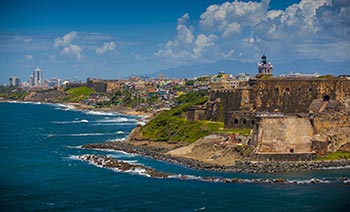 Puerto Rico’s bond default crisis continues to make major headlines in 2017. As many more customer disputes are set to go before FINRA arbitration panels, the territory’s financial problems are still far from resolved.

Here, our investment fraud attorneys have put together a list of some of the biggest news stories and developments on the debt crisis from the first quarter of 2017.

On January 3rd, 2017, Ricardo Rossello was officially sworn into office as the new governor of Puerto Rico. Upon taking office, Mr. Rosello immediately had to turn his attention to the island’s considerable economic struggles.

After years of increasing debt levels and some bond defaults, Puerto Rico’s financial credibility has been severely damaged. Mr. Rosello’s new administration has to deal with more than $70 billion of public debt on the books, slow economic growth, a shrinking tax base, a junk bond credit rating and projected budget deficits as far as the eye could see.

From the Associated Press

In late January, mere weeks after assuming office, the Rossello administration warned that immediate steps had to be taken to address Puerto Rico’s debt crisis, or full-on government ‘collapse’ could be coming in the near future. This warning did not come out of nowhere; the new administration’s alarming words were based on a review of financial reports put together by the outgoing administration. According to these reports, Puerto Rico’s budget problems, which were well-known to be severe, were far worse than had yet been publicly acknowledged.

On February 1st, 2017, Puerto Rican officials announced that the territory would miss certain debt payments that had come due. Among the payments that were missed were some that were owed on general obligations (GO) bonds. GO bonds are supposed to be guaranteed by the island’s constitution. While the government did pay the interest on all debts that were due, the island missed approximately $279 million in payments.

On March 9th, a United States oversight board rejected the financial restructuring plan put forth by Governor Ricardo Rossello. The plan, which was intended to put Puerto Rico back on a sustainable financial path, was deemed ‘unrealistic’ by regulators. Specifically, the oversight board determined that the plan did not go far enough in terms of cutting spending and reforming the territory’s expensive social programs. Additionally, the board also assessed that Mr. Rossello’s administration had used ‘overly rosy’ projections.

On March 13th, the U.S. financial oversight board approved the revised debt restructuring plan put forth by the Rossello government. The new plan centers around a ten-year roadmap that is designed to get the territory back to fiscal solvency. The plan sets aside $800 million per year for debt payments, while also cutting spending, slowing the growth of future spending and mildly raising taxes.

This deal was far from good news for bond investors. Indeed, the approval of the restructuring deal sends Puerto Rican bond prices tumbling, as the plan did not leave enough money for full debt repayment. Further, it also called for bondholders to take larger losses. Following the news, the value of Puerto Rican bonds fell as much as five percent in the overnight period.

From the Financial Times

Another debt restructuring deal was reached by the territory’s largest public utility. Puerto Rico Electric Power Authority (PREPA), which owed $9 billion to bondholders, made a deal that reduced their debt burden. In making the deal, representatives for PREPA’s bondholders agreed to a deal that allowed them to exchange their current holdings for notes worth 85 percent of their initial value. In other words, bondholders were agreeing to take a 15 percent haircut. This is a considerable loss for all non-insured bondholders.

From the FINRA Office of Dispute Resolution (Case Number: 15-00709)

In March, UBS lost another Puerto Rican bond claim. This time, the financial services giant was ordered to pay $4.4 million in compensation to a wronged investor. Since December 2016, UBS has lost at least three similar claims, each with damages well into the seven figures.

Like many other of the UBS Puerto Rico Bond claims, this case involved the use of lines of credit to purchase additional funds. This type of practice dramatically increases the level of risk that UBS customers were recommended to take on. Very often, UBS encouraged its clients to take on a reckless amount of risk in Puerto Rico.

Puerto Rico is still a long way from stable financial footing. The island’s residents, businesses and bondholders may all face more problems in the coming years. In an April ABC News interview, Nobel Prize winning economist Joseph Stiglitz predicted an impending “depression” for Puerto Rico. According to Mr. Stiglitz, the recently agreed to debt restructuring plan, which hit bondholders extremely hard, did not go far enough. Indeed, Mr. Stiglitz advises the Puerto Rican government to attempt to renegotiate the deal, so that bondholders bear more of the pain.

Ultimately, there is no doubt that Puerto Rico is still unstable. If further economic pain comes to the island, then there may be a political appetite on the island to once again default on debt payments. The bottom line: There is no guarantee that future defaults will be avoided. For bondholders, the current situation is at best uncertain, and at worst, very likely to result in substantial future losses.

Our team has extensive experience handling Puerto Rico bond default claims. If you lost money investing in any type of Puerto Rican bonds, or any related financial products, we are ready to help. To request a free review of your claim, please contact our main office in Aventura, FL today at 844-689-5754. We serve wronged investors in South Florida, Puerto Rico and across the United States.

One response to “Puerto Rico Debt Crisis in 2017: A Round-Up of the Top Stories”