I'm Jeff Sonn, a securities fraud lawyer who represents investors. I use this blog to bring attention to regulatory filings involving financial advisors, current events in securities and cases in the financial services industry, and to help investors understand their rights and options for financial recovery. Questions? Contact me online or call anytime at 844-689-5754

The following article was originally published by Bloomberg.com.

Puerto Rico general-obligation bonds fell after the federal oversight board approved a financial recovery plan that will cover less than a quarter of the debt payments coming due, underscoring the deep concessions the island plans to seek from investors.

The price of securities due in 2035, among the most actively traded, dropped 5 percent to an average of 67.5 cents on the dollar Tuesday to the lowest in two months, according to data compiled by Bloomberg. Those maturing in 2039 slipped to 60.2 cents from 63.8 cents Monday.

The decline followed the panel’s approval of a revised proposal from Governor Ricardo Rossello on Monday that lays out a path for closing the territory’s chronic budget deficits. The blueprint leaves an average of less than $800 million annually for debt service over the next decade, a fraction of the more than $3 billion owed each year from 2018 through 2027. The latest figures marked a reduction from what the governor initially proposed to repay.

Related: About the COFINA Bonds Default

The plan will serve as benchmark as the island begins discussions with creditors over how deeply to reduce its debts. 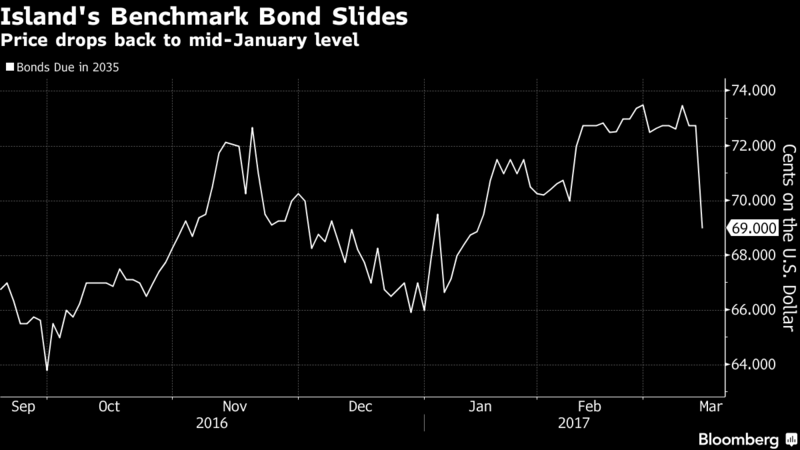 “The sentiment definitely turned negative on some of these numbers, but we still don’t know what the final restructuring will be,” Daniel Solender, head of municipals at Lord Abbett & Co., said in a telephone interview. “If this news triggered someone to sell, it’s a thin market so it would have driven the markets down further.” 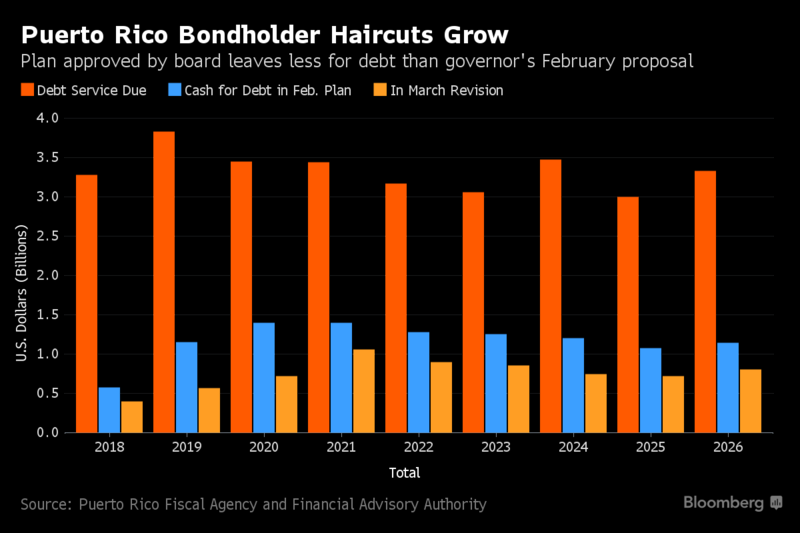 In an interview Monday, Rossello said that he was pursuing talks with creditors “aggressively” after the panel approved his proposal. “Right now, having a certified plan allows us to sit down with the different bondholders at different levels,” he said.

In a follow up interview on Bloomberg Television Tuesday the governor added they would “see if we can find a best alternative, best solutions for both bondholders and of course the people of Puerto Rico.”