If you sustained losses in excess of $100,000 in Puerto Rico, you may be entitled to recover your losses. Please call our firm immediately at (305) 912-3000 for a free consultation.

In September 2013, Puerto Rico’s municipal tax-free bonds began to decline sharply in value. Since then, investors have lost billions of dollars, and the commonwealth’s financial condition has continued to worsen. Find out what happened, why current bond investors are still at risk, and what you can do if you have suffered losses in Puerto Rico bonds or bond funds.

As fears over Puerto Rico’s enormous debt and struggling economy rises, there has been a substantial decline in the value of Puerto Rico bonds. Investors holding interests in these bonds through proprietary bond funds – sold by firms such as UBS Puerto Rico, Santander Securities, and Popular Securities, – faced many of the worst losses due to the leverage that these funds used to invest in Puerto Rico’s bonds.

Since September 2013, Puerto Rico’s financial condition has worsened, and investors in Puerto Rico municipal bonds and bond funds have continued to see huge losses in their portfolios. With a potential historic default looming, individual investors need to make sure that they are taking steps to protect their investments and their legal rights. A Puerto Rico bond attorney from the Sonn Law Group can help.

What Are Puerto Rico Tax-Free Bonds?

Like other governments, the Puerto Rican government issues bonds to help finance its operations. These bonds are loans from investors who receive interest paid out over time. When the bonds mature, the investors receive (or are supposed to receive) a return of their initial investment (called “principal”), resulting in an overall gain on their investment.

Government-issued bonds have traditionally been fairly stable investments. Municipal bonds are also tax-free, making them even more attractive to investors. Puerto Rico’s bonds were previously seen as particularly attractive because these tax benefits extended to investors outside of the commonwealth’s borders. As a result, Puerto Rico issued an enormous amount of bond debt, and now owes more than $70 billion, which it is struggling to pay.

What Are Puerto Rico Bond Funds? 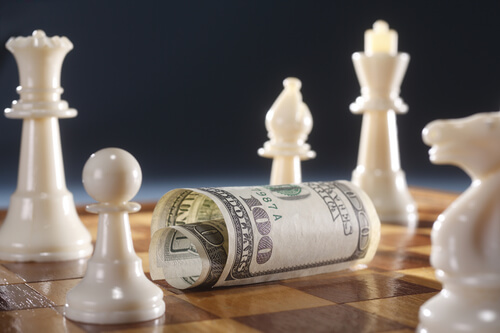 While some individual investors have invested directly in Puerto Rico municipal bonds, others have invested through mutual funds and what are known as “closed-end bond funds.” These funds are investment products sold by brokerage firms like those listed above. UBS has been the leader in the Puerto Rico bond fund market, selling shares in a number of different bond funds that are heavily concentrated in Puerto Rico’s tax-free bonds.

In 2014, Standard & Poor’s downgraded Puerto Rico’s general obligation bonds to “junk bond” status – meaning that they were considered among the riskiest of bond investments available. This meant that both (i) Puerto Rico would be less likely to raise money by selling additional bonds, and (ii) any bonds that it did sell would generally have to pay a higher rate of interest.

Then, in August 2015, Puerto Rico defaulted on a $58 million bond payment. In January 2016, it defaulted on another $174 million in obligations. In April, Puerto Rico’s governor signed a law giving him the power to stop future payments on the commonwealth’s municipal bonds.

If Puerto Rico’s defaults continue, individual investors will likely continue to face significant losses. If the Puerto Rican government becomes unable to pay its debts, some investors could face the possibility of losing the majority of their investments.

What Can I Do to Recover My Losses in Puerto Rico Bonds or Bond Funds?

If you invested in Puerto Rico bonds or bond funds through a broker or investment advisor, you may be entitled to recover your investment losses. At Sonn Law Group, we are actively pursuing claims against UBS, Santander Securities, Popular Securities, Merrill Lynch, Morgan Staney, Wells Fargo and others on behalf of harmed investors. These firms owed a duty to supervise their brokers and advisors, and we have been successful in recovering money for investors who received bad advice and whose portfolios were often over-concentrated in Puerto Rico bonds or bond funds.

Request a Free Consultation with the Sonn Law Group Today

To learn more about your options for securing compensation for your investment losses in Puerto Rico municipal bonds and bond funds, we invite you to contact us for a free consultation. Call 844-689-5754 or contact us online to speak with one of our experienced bond loss attorneys about your situation today.