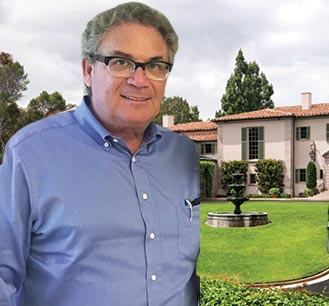 Sonn Law Group, as part of its investigation of Woodbridge Group, is alerting investors that it has just discovered that certain Woodbridge Group officials have asserted their Fifth Amendment right against self-incrimination.

Woodbridge Group President, Robert Shapiro, via a March 27, 2017 letter to the SEC from his attorney Ryan O’Quinn, Esq., stated that “Upon consideration of the SEC’s investigative subpoenas and a review with counsel of the individual rights afforded by the United States Constitution, Mr. Shapiro will rely on his constitutional privilege to refuse to be a witness against himself.”

Likewise, Woodbridge Group Comptroller Nina Pedersen has also invoked “her fifth amendment privilege as to testimony and as to the act of producing documents.”

“This is not a good sign,” said Jeffrey Sonn, a national securities fraud attorney and founder of Sonn Law Group. Sonn said that “while everyone is presumed innocent until proven guilty, it is my opinion that the assertion of the Fifth Amendment privilege against self incrimination by Woodbridge Group officers Robert Shapiro and Nina Pederson will make Woodbridge Group note investors very nervous.

It is a red flag,” said Sonn, who represents investors in Ponzi schemes and other investment fraud cases, and the author of “Ponzi Schemes, Picking up the Pieces of a Fallen House of Cards (PLI 2009).”

“When a witness invokes the Fifth Amendment, he can use it only to avoid answering specific questions that will incriminate him or potentially link them to possible criminal liability. He cannot use it to avoid answering questions because he fears being embarrassed by his answer or because he believes it may cause reputational damage,” added Sonn.

“Investors should also know that Woodbridge Group attorneys – believed to be David Nelson and James Grippando – contacted our office last month and suggested in a heavy handed manner that our prior blog post announcing our investigation of the Woodbridge Group could be considered defamatory, as the attorneys claimed that no investor had lost any money; but whenever I see heavy handed tactics like that, it also raises another red flag, in my opinion,” added Sonn.

“I also think investors in Woodbridge Notes should ask themselves, why is Shapiro and Pedersen invoking their Fifth Amendment Privilege? Why wont they turn over their AOL emails as requested by the SEC? Why wont Woodbridge Group turnover to the SEC what it is asking for in its subpoena?” Added Sonn.

According to the SEC, “over the course of the past year, the Commission has been investigating Woodbridge in connection with possible significant violations of the securities laws, including anti-fraud violations.”

Woodbridge has raised more than $1 billion from several thousand investors nationwide through multiple investment offerings using various forms and structures. As part of its investigation, the Commission staff issued a subpoena to Woodbridge on January 31, 2017, for documents, including emails which are certain to capture highly relevant real-time communications of those potentially engaged in fraud.

Woodbridge’s failure to produce the documents resulted in the Commission filing this action, and the entry of the Court’s Order on September 19, 2017 [DE 25]. The Order required email production of thirteen Woodbridge employees in four bi-monthly staggered productions, corresponding privilege logs, and then any remaining documents not yet produced pursuant to the January 31, 2017, subpoena. At the hearing which resulted in the Order, the Court anticipated the parties returning to court to address a contempt motion brought by the Commission if Woodbridge failed to comply. [DE 29-12, at 22-23, 29].”

Further, the SEC has told the federal court that “[T]here are three simple collective facts that are undisputed: (1) Woodbridge is a limited liability company which is registered in Delaware, maintains bank accounts, and employs individuals across the country [DE 32 at 16]; (2) Shapiro is President and owner of Woodbridge, and has management authority at Woodbridge, and Pedersen is a current Woodbridge employee[DE 29 at 3-4; DE 32 at 16]; and, (3) Shapiro and Pedersen used their AOL email accounts for company business, and never used a company email address. [DE 29 at 4]. The requisite inquiry necessarily ends there.

Woodbridge does not claim that its employees have a valid Fifth Amendment privilege with respect to their emails pertaining to the company, nor could it. As the Supreme Court in Braswell v. United States, 487 U.S. 99, 104 (1988) noted, the “collective entity rule [] has a lengthy and distinguished pedigree.”

“[A] corporate custodian [] may not resist a subpoena for corporate records on Fifth Amendment grounds.” Id. at 109…Plainly, Woodbridge has control over Shapiro, its President, and Pedersen, an employee. For Woodbridge to assert to this Court that because its President and another high ranking officer are making a clearly invalid assertion of the Fifth Amendment it is unable to procure these records is farcical. This is not a matter of piercing the corporate veil.

Employees’ corporate documents which are at home are well within the reach of a company, and it is the company that should be subpoenaed and tasked with executing it.”…On March 2, 2017, the Commission subpoenaed Shapiro and Pedersen, seeking all pertinent company emails. [Composite Attachment A]. They asserted their Fifth Amendment rights in response. [Composite Attachment B]. However, for the reasons set forth in the Commission’s opening brief and above, an individual does not maintain a Fifth Amendment right applicable to the production of the records of a collective entity such as Woodbridge. The Commission thus welcomes the Court’s inclination to have Shapiro and Pedersen appear and testify at a potential upcoming evidentiary hearing [DE 31].” See Commission’s Reply to Woodbridge Opposition to Motion for Contempt of Court, DE 33.

The SEC further argued, “[H]ere, as evidenced by the more than 20,000 emails from the AOL accounts of Shapiro and Pedersen already produced by virtue of their intersection with Dayne Roseman’s emails on Woodbridge’s server, the existence of the emails is unquestioned and knowledge of these emails exist independent of Shapiro and Pedersen. [DE 32 at 4-5]. Therefore, even if the subpoenas sought Shapiro or Pedersen’s personal emails, there would be no Fifth Amendment privilege. See Commission’s Reply to Woodbridge Opposition to Motion for Contempt of Court, DE 33.

“Finally, in addition to the absence of a privilege with respect to documents Shapiro and Pedersen can access directly, there is also no Fifth Amendment violation in requiring them to execute a consent to permit AOL to produce emails in its possession. See United States v. Ghidoni, 732 F.2d 814, 816-17 (11th Cir. 1984) (signing consent directive not testimonial in nature); North Star Finance, 2017 WL 4539296, *4 ([Respondent’s] act of signing the Consent Email does not reveal anything that the parties did not already know”).” Id.

The SEC concluded with “Woodbridge is in blatant non-compliance with the Court’s September 19, 2017 Order. While it attempts to convey the impression that it has done all it can to comply with the Order, the reality is to the contrary. These are corporate records to which no Fifth Amendment privilege attaches to either Woodbridge as the entity, or to Shapiro and Pedersen individually. Woodbridge has control over its President and Comptroller. Woodbridge’s continued failure to obtain company records that are readily accessible to it is contemptable, and it should be held accountable.” See Commission’s Reply to Woodbridge Opposition to Motion for Contempt of Court, DE 33.

Woodbridge and its sales agents have also been sanctioned by multiple state regulators for allegedly offering unregistered securities– a 2015 cease-and-desist order by Massachusetts, a cease-and-desist order involving Woodbridge Fund 3 and principal Robert Shapiro imposed by Texas in 2015, and a 2016 complaint filed by Arizona securities regulators.

It is believed that Colorado regulators have also opened an investigation into Colorado-based alleged Woodbridge brokers including James Campbell of Campbell Financial Group in Woodland Park, and Timothy McGuire of Highlands Ranch. Woodbridge has reportedly raised $57 million from 450 Colorado investors and is believed to be still soliciting investors through online and radio advertising.

Some FINRA-registered stockbrokers and financial advisors have also allegedly sold unregistered Woodbridge securities to clients, including Frank Capuano, who was registered with Royal Alliance Associates in Holyoke, MA. Capuano was alleged to have sold over $1,000,000 of the private notes to Royal Alliance customers and received over $30,000 in commissions.

Woodbridge reportedly continues to sell securities. Some of the issuers of Woodbridge securities are the following:

An unsuitable recommendation to purchase an investment or a misrepresentation or omission to disclose material facts about the nature, risk and characteristics of the investment may subject the advisor and their firm to liability for damages.