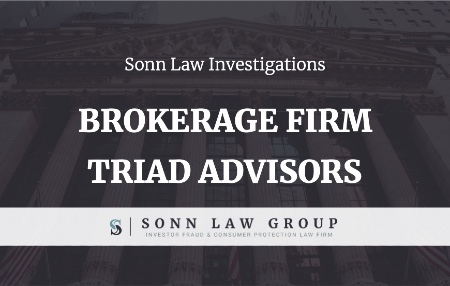 GPB Capital has been the subject of mounting legal scrutiny after allegations of a $1.8 billion Ponzi scheme. Some investors are claiming huge losses following June 2018 SEC filings that showed numerous GPB funds dropping significantly in value.

Previously, investors were informed their redemptions were suspended and there are currently numerous pending regulatory actions against GPB. Additionally, GPB is being investigated by the SEC and FBI.

The claims against Triad Advisors include allegations of negligence for allowing its representatives to advertise and sell GPB investments, which were illiquid, high-risk, private placement securities that were unsuitable for most investors. The allegations also include claims of a failure to supervise, breach of contract, and breach of fiduciary duty.

There is also a class-action lawsuit against GPB, its funds, and other parties, including Triad Advisors. Two former GPB executives have accused GPB of running a Ponzi-like scheme, both of whom are currently involved in lawsuits with GPB.