The SEC filed fraud charges against TCA Fund Management Group based on allegations they inflated asset values and performance returns. 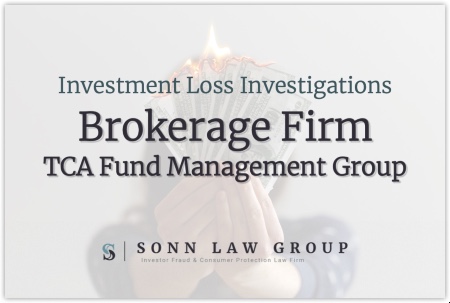 TCA Fund Management Group is a Florida-based hedge fund founded by Robert Press. On May 11, 2020, the SEC filed fraud charges against TCA and its affiliate, TCA Global Credit Fund GP, Ltd. (TCA-GP) based on allegations that TCA conducted a fraudulent scheme to inflate asset values and performance returns of its funds.

TCA was a direct lending fund, an investment company that made loans to small and mid-size businesses that could not otherwise secure funding. TCA was formed in 2011.

In January 2020, NBC News reported that three TCA employees had filed a whistleblower complaint with the SEC alleging that TCA was inflating the funds’ asset values. A TCA employee stated, “There’s a bloated portfolio and assets under management that don’t really exist. . . . And investors are subscribing and redeeming based on those net asset values.” The employees alleged two main problems with TCA’s account practices: (1) the company did not write off defaulted loans; and (2) the company records investment banking fees that it does not receive as revenue. Both practices overstate the fund’s results.

Following the whistleblower complaint, the SEC opened an investigation into the company’s account practices. Shortly after the investigation began, TCA Management Group shut down its main investment fund, Global Credit Master Fund, after clients asked to withdraw more money than was available.

The SEC’s lawsuit against TCA alleges that TCA fraudulently accounted for revenues it was unlikely to receive and overstated its funds’ values by over $150 million as of last fall. According to the SEC, TCA falsely told investors that the funds’ holdings rose in value every month and filed false reports about its funds’ performance with the SEC. The complaint alleged that if TCA had accounted accurately, the funds would have reported numerous months of negative returns.

A group of TCA investors have filed a class-action lawsuit against TCA and its founder Robert Press. The plaintiffs are seeking to recover investor losses caused by TCA when it knowingly inflated the value of TCA’s Master Fund in part by, “failing to remove or properly value bad loans and creating phantom ‘investment advisory’ fees that were fraudulent and uncollectible.”

The plaintiffs alleged that as a result of the inflated value of the Fund, “[the] defendants were paid excessive management fees for advising the fund and redeemed investments in the TCA funds at excessive values.”

The Sonn Law Group is currently investigating allegations that TCA Fund Management Group committed fraud. We represent investors in claims against negligent brokers and brokerage firms. If you or your loved one experienced investment losses, we are here to help. For a free consultation, please call us now at 866-827-3202 or complete our contact form.