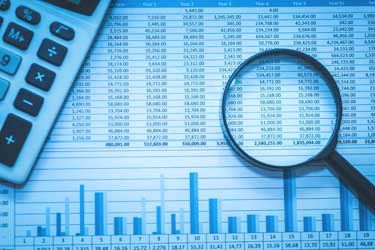 Have you ever invested money with the Dallas, Texas-based firm Optimal Economics Capital Partners? If so, you should know that the Securities and Exchange Commission (SEC) has filed investment fraud charges against this firm and its principal, Patrick O. Howard. In February of 2017, the SEC obtained an emergency order from a Texas court preventing this firm from taking in any more money from investors.

According to a litigation release from the SEC, Optimal Economics Capital Partners, in connection with Howard Capital Holdings, LLC (a second company also owned and controlled by Patrick O. Howard), has fraudulently taken in more than $13 million from at least 119 different investors. The SEC alleges that three different private fund offerings were used by these two companies to solicit investment from innocent investors.

Lofty, False Promises Were Made

According to the legal complaint filed by the SEC, Optimal Economic Capital Partners informed its investors that they would be able to make a return of approximately 15 percent annually on their investment. Additionally, these investors were promised this return with very little risk exposure. That type of promised return is very high, and would almost always be inconsistent with low-risk exposure.

How the Fraud Scheme Worked

To sell investors on the opportunity, Mr. Howard explained that the company would earn money by acquiring interests in other company’s streams of profit, and further that his firm would purchase insurance for investors to ensure maximum safety for their capital. In reality, SEC investigators believe that those promises were false. According to court documents, only 58 percent of investor money, or $7.5 million, was actually ever used to purchase the interests in other companies’ profits streams, as was promised to investors to induce their investment.

The complaint alleges that the remaining $5.5 million was siphoned off my Patrick O. Howard to pay for his personal lifestyle and his unrelated business costs. Further, the SEC has determined that Optimal Economics Capital Partners failed to even come close to purchasing sufficient insurance coverage to provide its investors with the promised safety for their capital.

The Attempted Cover Up: Fake Documents

To keep the fraud going, Mr. Howard sent his investors false documents and false financial statements that depicted impressive returns. Customers were shown false account balances that had no relation to reality, and, based on this false information, were heavily pressured to keep re-investing their capital. In this way, the Optimal Economics Capital Partners fraud maintained some of the elements of a Ponzi scheme.

At Sonn Law Group, we have helped many investors recover full and fair compensation for their losses. If you lost money investing with Optimal Economics Capital Partners, please call us today at 844-689-5754 to set up a free review of your claim. We have offices in Houston as well as offices in South Florida and we represent investors in Texas, Florida and throughout the United States.