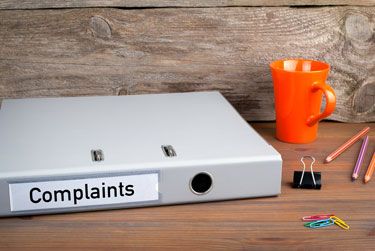 If you have invested with Navellier & Associates (CRD# 107568), a brokerage firm based in Reno Nevada, you need to be aware of the recent allegations of misconduct that have been leveled against this company.

The SEC Lawsuit Against Navellier & Associates

An Overview of the Fraud Charges

According to the complaint filed by the Securities and Exchange Commission, Louis Navellier and Navellier & Associates repeatedly and intentionally committed fraud.

F Squared had developed an investment model that was focused primarily on helping clients avoid losing money during downturns, while still ensuring that they would still make money when the market went up; certainly, a highly desirable proposition.

Out of this came a proprietary investment strategy called Vireo AlphaSector. In creating this financial product, Louis Navellier and his team at Navellier & Associates built off of a “winning formula” that had already been put into action by F Squared. Mr. Navellier created a financial product that tracked F Squared’s safe growth formula.

He then sold that product to his customers. Using certain buy and sell signals, F Squared had created a system that was able to protect investor money during the tumultuous period in the stock market from 2001 and 2008. At least, that is what investors were told.

After all, Vireo AlphaSector protected investor money during market downturns between 2001 and 2008. However, when Louis Navellier and his team asked for financial documentation from F Squared to verify the supposed returns, adequate supporting documentation was never given to Mr. Navellier.

The reason that supporting documentation was not turned over is now very clear: F Squared lied to investors and other brokers. It vastly overstated the performance of Vireo AlphaSector and related products.

Attempting to Avoid Trouble for Himself and His Firm, Navellier Sold the Strategy

Eventually, in 2013, Louis Navellier and Navellier & Associates began to realize that they were selling an illegitimate product. While the brokerage firm should have conducted proper due diligence initially to avoid this problem entirely, the firm still had an opportunity to make amends. Indeed, at this point, the firm owed a duty to its investors to notify them of the problem.

Yet, Navellier & Associates failed to take such action. Instead, the SEC found that once Louis Navellier determined that his deceit of investors through Vireo AlphaSector was going to get him in trouble, he sold all the financial products that were created in reliance of F Squared trading strategy back to that company for nearly $14 million, profiting even more off of the fraud. This is unacceptable; all bad acting parties must be held fully accountable and all affected investors deserve full compensation for their losses.

Did You Sustain Significant Investment Losses?

We can help. If you lost a significant amount of money investing with Navellier & Associates or F Squared, please call us today at 844-689-5754 to request your free legal consultation. We are ready to fight aggressively to help you recover every dollar your rightfully deserve. At Sonn Law Group, we have offices in South Florida, Orlando, Atlanta and Houston and we represent investors nationwide.