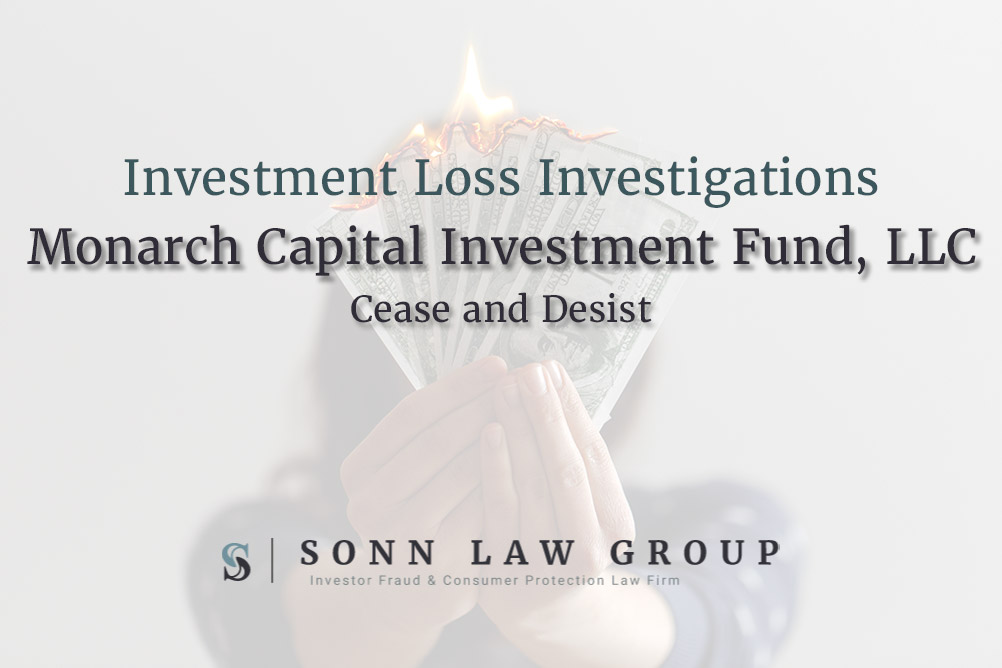 The Missouri Commissioner of Securities, David Minnick, found that between April 2015 and October 2016, Peabody reportedly engaged in fraudulent or deceitful acts and practices through Monarch. Peabody and Monarch allegedly hired a third party, Retire Happy, LLC, to raise funds through the sale of unregistered, non-exempt promissory notes. The fundraising effort successfully raised over $7 million, including over $200,000 from four separate Missouri residents.

Peabody and Monarch allegedly provided investors with a brochure stating that their investments would fund real estate ventures in Florida. Despite these representations, only $100,000 from the $7 million raised by investors was actually used for that purpose.

The Sonn Law Group is currently investigating allegations that brokers recommended investments in Monarch Capital Investment Fund, LLC. We represent investors in claims against negligent brokers and brokerage firms. If you or your loved one experienced investment losses, we are here to help. For a free consultation, please call us at 866-827-3202 or complete our contact form.