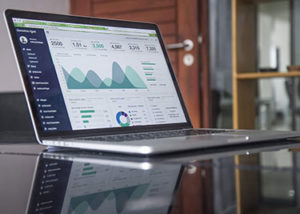 In filings from earlier this month, the FTC revealed that fraudster Steven Dorfman, Founder and CEO of Simple Health Plans, had tens of millions of dollars in overseas accounts.

Dorfman and his company originally got the FTC’s attention when purchasers of Simple Health insurance plans realized they had been grossly misled about their coverage.

However, even though Dorfman’s insurance scheme took in nearly $150 million in commissions, the FTC found just $3.9 million when it seized Dorfman’s accounts. According to the FTC filing, what happened to the money in the overseas accounts “remains an open question.”

Dorfman denies that transfers to those accounts were anything but contractual payments, rejecting the implication that the call centers were shell companies.

The scripts were reportedly designed to create a “sense of urgency and fear as to whether [the customers] are eligible for any type of plan.” Simple Health claimed its plans were comprehensive, but in reality, they only had a maximum annual reimbursement potential of $3,200.

The FTC is currently seeking a court ruling that would allow the FTC to maintain control of Simple Health until the conclusion of the investigation. Without such a ruling, the receiver overseeing assets would not be authorized to reach out to Simple Health’s 37,000 customers and offer them an opportunity to cancel.

At Sonn Law Group, we are strong, passionate advocates for investors. If you or your family member lost money as a result of broker lies or misrepresentations, please do not hesitate to contact our legal team for a free consultation.