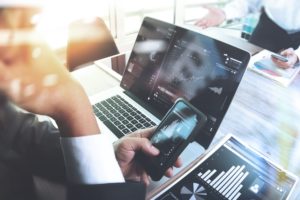 James Mewhinney III (CRD#: 857321) is a former registered broker and investment advisor. From 2009 to 2018, Mr. Mewhinney III was a representative of Morgan Stanley in Dallas, Texas. According to information available through Brokercheck, two investors have previously filed claims complaints against this individual. In this article, our FINRA arbitration lawyers review these two customer claims.

Notably, Mr. Mewhinney III included a comment on this settlement stating that it was not based on the merits of the client’s specific concerns with him and that it was not made after any finding of wrongdoing.

In November of 2018, a Morgan Stanley customer filed a complaint alleging that Mr. Mewhinney III made excessive trades and unsuitable investments in violation of securities industry rules. The customer sought $550,000 in financial damages. Brokercheck indicates that this complaint was denied. No finding of misconduct was entered against this financial advisor.

Were You the Victim of Unsuitable Investment Advice?

At Sonn Law Group, our securities fraud lawyers represent clients in unsuitable investment claims. If you lost money because your financial advisor recommended unsuitable transactions, we are here to help. Call us today for a free, no risk initial consultation.