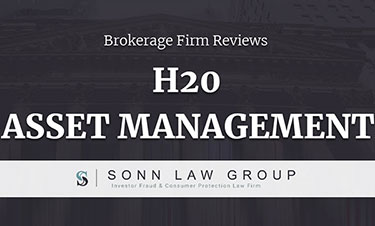 However, in recent weeks, major questions have been raised about the liquidity of the firm’s investments.

According to reporting from the Financial Times, investment fund industry experts are warning people to be careful when investing in H20 Asset Management and other similar entities.

Citing concerns over liquidity, as well as the fund’s link to a German financier with a questionable record, Morningstar downgraded the H20 Allegro fund. As noted by the global investment research company, many illiquid bonds held by the fund have already been sold at a reduced price. At least six other funds owned and managed by H20 have also been called into question.

Notably, in response to this issue, Bank of England Governor Mark Carney has called for new regulations on illiquid funds such as H20 Asset Management. In striking remarks made before officials, Mr. Carney stated that these types of funds are “built on a lie.”