The federal lawsuit filed in Austin, Texas filed a second amendment for their prospective class lawsuit. 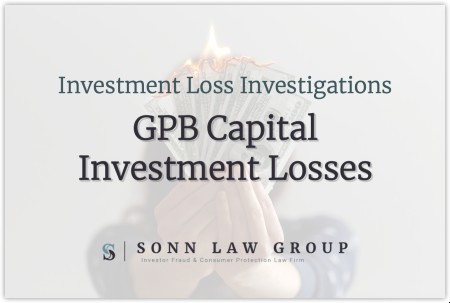 An investor originally filed the lawsuit in the US District Court of the Western District of Texas alleging violations of federal securities laws by GPB Capital, Ascendant Capital, and the Brokerage Firms. The lawsuit is seeking to recover over $1.8 billion.

In the amended prospective class action lawsuit that was recently filed, the investors claimed that, “astronomical fees and undisclosed conflicts of interest undermined buyers of GPB Capital private placements from the start.” The complaint describes GPB’s business plan as a “classic Ponzi scheme”, where old investors are paid with proceeds obtained from new investors. GPB Capital’s investors were allegedly promised an 8% return.

The amended class action, Kinnie MA IRA v. Ascend Capital, targets undisclosed conflicts of interest of two owners of GPB Capital, David Gentile and Jeffrey Schnieder. According to the complaint, Schnieder was also an owner of Ascendant capital, the broker-dealer that contacted other brokers to sell GPB private placements. Though this conflict should have been revealed to investors, it was not.

The complaint states, “Ascendant Capital, GPB’s primary distribution agent, and GPB itself, were both controlled by their principals, David Gentile and Jeffrey Schnieder. However, neither GPB nor Ascendant, nor their principals, made disclosure of this co-ownership and common control to investors in offering materials for the securities.”

The complaint specifically references one victim, Loretta DeHay, of Austin, who was defrauded out of $100,000 of her life savings. Ms. DeHay stated, “I was assured that this was a safe investment that would generate retirement income for me that I could rely on,” DeHay said. “My brokerage firm sold me on GPB’s automotive division. I trusted my broker, and he recommended what turned out to be a Ponzi scheme. Now, I’m fighting to hold GPB, the brokerage firm, and anyone else who profited off of this accountable.”

The lawsuit also stated that GPB’s administrators siphoned off investor funds in so many ways, that providing an 8% return to investors was impossible. Many retirees who were victims of the Ponzi scheme reside in Texas, Florida and Arizona.