The alternative asset manager indicated that GPB’s AUM has decreased over 45%. 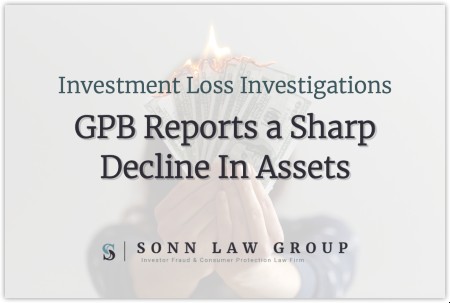 At the end of 2017, 18 months prior, the firm reported $434.3 million in regulatory assets under management, a decrease of 45.2%. GPB spokesperson Nancy Sterling did not comment on the reason for the sharp decline.

GPB has been involved in many levels of controversy in the recent past. In November 2019, GPB informed investors that they would not be supplying the audited financial reports by their deadline, even though investors have been awaiting the audits since April. GPB Capital has also been under investigation by both the SEC and the FBI. In October, GPB’s CCO was charged with obstruction of justice in relation to a GPB investigation.

GPB has also been named in a class action brought by investors alleging various forms of misconduct against GPB Capital and its affiliates.