GPB was awarded the loan despite being under investigation by the SEC, FINRA, and the FBI. 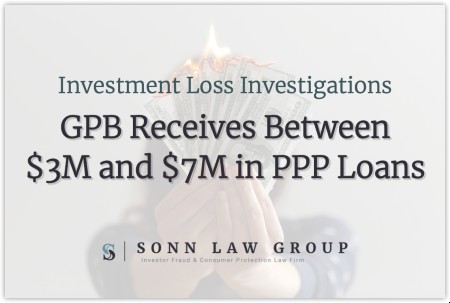 The Small Business Administration disclosed last week that GPB and its affiliates received between $3 million and $7 million in Payment Protection Program loans. This occurred as GPB Capital is under investigation by the SEC, FINRA, and the FBI for operating an alleged Ponzi scheme.

The company has also been named in a class-action lawsuit brought by investors in the U.S. District Court for the Western District of Texas. The lawsuit alleges that GPB operated a Ponzi scheme that caused approximately 2,000 investors up to $1.8 billion in losses.

The Small Business Administration’s disclosure indicated that GPB Capital Holdings, GPB 5 and GPB 8 received between $1 and $2 million in PPP loans. GPB Cars 12 received a PPP loan between $350,000.00 and $1 million.