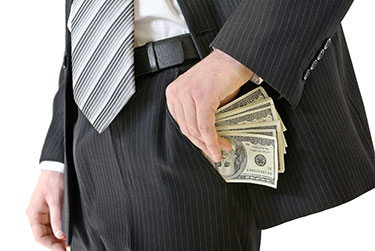 Steven Dorfman, Founder and CEO of Simple Health Plans, has been accused by the Federal Trade Commission (FTC) of scamming more than ten thousand people through cut-rate insurance policies.

Consumers lost more than $150 million to the scheme while Dorfman spent millions of dollars on personal items, including an engagement ring valued at $600,000, CBS Miami Reports.

The FTC has sued Simple Health, along with five other companies, for allegedly engaging in deceptive sales practices regarding the coverage of the insurance they offered. Simple Health, for example, promised “affordable and dependable” coverage through its online brokerage.

Many victims discovered this was far from the truth, however, when they tried to make a claim and found out their insurance covered almost nothing. FTC Midwest Region Director Todd Kossow said the scheme was one of the biggest and most egregious he had seen.

“It was not comprehensive health insurance,” he said. “And unfortunately, consumers didn’t realize that until they had a need to use the insurance.”

One victim interviewed by CBS Miami, Julia Wilber, was sent a bill for nearly $7,000 after receiving care for a leg injury. Even though Ms. Wilber had paid more than $3,000 to Simple Health, the plan she purchased would pay just $50 of her medical bills.

Though Mr. Dorfman has denied the accusations against him, his assets and companies have been frozen by a federal judge. The FTC hopes that it can eventually refund some of the money consumers lost to the scheme.

At Sonn Law Group, our investment fraud lawyers have the skills and experience needed to handle outside business activity claims and unsuitable investment losses claims. To arrange a free, no obligation review of your case, please contact us right away.