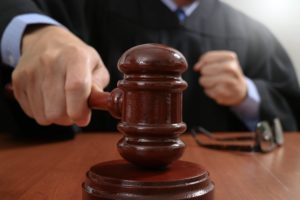 In recent years, several complaints of churning and excessive trading have been filed against this financial advisor. In January of 2019, Edward Beyn was barred from the securities industry for churning, excessive trading, and failing to pay an arbitration award. He is appealing the decision.

According to FINRA, Mr. Beyn engaged in a pattern of quantitatively unsuitable trading in multiple different client accounts — meaning he traded securities so frequently that it was almost a mathematical certainty that his clients would lose money.

While he raked in substantial commissions and fees, nearly $900,000 for his firm and $650,000 for himself, his investors suffered more than $2.9 million in financial losses. Mr. Beyn is currently barred from the industry, while his case is still on appeal with the Securities and Exchange Commission (SEC).

At Sonn Law Group, our FINRA arbitration attorneys have extensive experience handling churning and excessive trading claims. To arrange a free, strictly confidential review of your case, please do not hesitate to contact our law office today.