If you bought a Variable Annuity from Fifth Third Bank between 2013 and 2015, call Sonn Law Group today, toll free, 1-833-StockLaw. 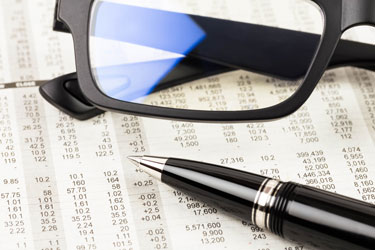 Fifth Third Securities (CRD#: 628) is an investment advisory firm headquartered in Cincinnati, Ohio. This broker-dealer has been a member of the securities industry since 1925.

In recent years, allegations have arisen that this firm has been negligent in selling and recommending certain variable annuities to customers.

On May 8th, 2018, Fifth Third Securities consented to FINRA sanctions that included a $4 million fine and $2 million in financial restitution to affected investors.

If you’ve suffered significant losses in your investment accounts, talk to a lawyer who will explain your rights and options, free of charge.

Here, our investment fraud lawyers review the recent allegations against Fifth Third Securities. All information contained within this article comes directly from the Letters of Acceptance, Waiver, and Consent signed by the brokerage firm. The document can be read in its entirety by referring to Disciplinary Proceeding No. 2013035051401.

This is the second time that FINRA has taken enforcement action against Fifth Third Securities in relation to its promotion and sale of variable annuities. In 2009, FINRA determined that the firm engaged in at least 250 unsuitable variable annuity exchanges. Fifth Third Securities was fined $1.75 million. Further, as part of its settlement with FINRA, the firm agreed to upgrade its supervisory system to ensure that similar issues would be prevented in the future.

Unfortunately, FINRA believes that this brokerage firm failed to comply with the terms of the 2009 agreement. Between 2013 and 2015, Fifth Third Securities and its representatives continued to promote and execute unsuitable variable annuity exchanges, including making misleading statements to brokers and material omissions of fact to investors. Investigators also believe that the firm failed to supervise its brokers.

Without admitting to or denying any misconduct, Fifth Third Securities has consented to all of FINRA’s proposed sanctions in this case. This includes:

Get Help From a Securities Fraud Lawyer Now

At Sonn Law Group, we are committed to serving investors nationwide. If you lost money due to broker fraud or negligence, our legal team can help. Please contact us today for your free, no obligation initial consultation.