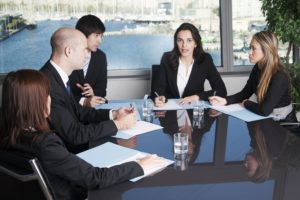 The sentencing comes one year after industry regulator FINRA barred Cody from acting as a broker or working with a brokerage firm in March of 2018.

The broker also faces two additional years of probation after serving his prison term and a $30,000 fine. Last November, Cody plead guilty to one count of violating the Investment Advisors Act of 1940 and 2 counts of lying in a court proceeding.

Details of the case show that between May 2005 and August 2016, Cody was acting as an advisor although he was under suspension at the time. The Office of the US Attorney in Massachusetts said the broker defrauded 3 accounts.

Cody substantially diminished the funds in one, and completely drained two others. Cody provided his victims with false account statements and tax documents in an attempt to hide his fraudulent activity. His victims were not aware he was under suspension at the time for this same problematic behavior.

Mr. Cody’s broker check record shows an astonishing 34 disclosures, 30 of which happened in the past 4 years. Cody has been in the investment arena since he got his start with Merrill Lynch in 1997. He worked at a total of six firms before IFS Securities discharged him in 2016.

BROKER FRAUD IS A CRIME

At Sonn Law Group, we are committed to fighting for the rights of investors nationwide. If you have lost money as a result of broker misconduct and fraud, do not hesitate to contact our legal team for free legal guidance.