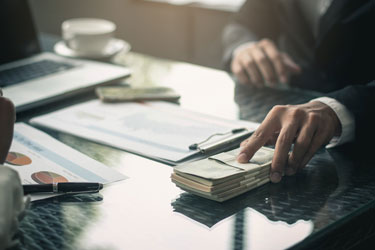 On February 2nd, 2018, the Securities and Exchange Commission (SEC) announced that it was filing fraud charges against purported hedge fund manager Nicholas J. Genovese. Over the last several years, Mr. Genovese was the individual in charge of the New York-based hedge fund Willow Creek Investments LP.

In this article, our experienced hedge fund fraud attorneys highlight key details in the government’s case against Nicholas J. Genovese. All information contained below comes directly from the official legal complaint that was filed by the SEC in the United States District Court for the Southern District of New York. For additional information on the case or on the legal charges against Mr. Genovese, please refer to the SEC’s legal complaint.

The SEC has taken emergency action in order to halt a securities fraud scheme that is allegedly being committed by Nicholas Genovese. The agency believes that this fraud is being conducted through Mr. Genovese’s company, Willow Creek Investments, LP. In the words of the agency, Mr. Genovese is a “financial con artist” who has committed major securities fraud by “lying about his resume and concealing his criminal past.”

In addition to the false statements, Mr. Genovese omitted material information in soliciting money from investors. He failed to disclose his criminal record and his history of personal bankruptcy filings.

The SEC repeatedly refers to Nicholas J. Genovese as a “purported hedge fund manager”. The reason for this is that Mr. Genovese’s hedge fund, Willow Creek, does not appear to even have a brokerage account at all. Instead, all of the investor money that was collected by Mr. Genovese was funneled into his personal trading account.

In many ways, his hedge fund fraud shares characteristics with a Ponzi scheme. As is inevitable for Ponzi schemes, this one has crashed. On January 26th, 2018, an investor informed that SEC that Mr. Genovese refused his long-standing redemption request. Along with the civil charges, parallel criminal charges have been filed by the United States Attorney’s Office.

At Sonn Law Group, our top-rated investment fraud attorneys have helped many victims recover full and fair compensation for their illegitimate investment losses. If you or a family member was the victim of investment fraud or broker negligence, please contact us today for a free initial consultation.