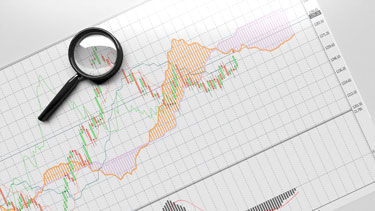 Aaron Parthemer (CRD#: 2546369) is a previously registered broker. From 2009 to 2011, Mr. Parthemer worked for Morgan Stanley. From 2011 to 2015, Mr. Parthemer was employed at Wells Fargo Advisors. At both brokerage firm, he was based in Fort Lauderdale, Florida.

In April of 2015, FINRA permanently barred Aaron Parthemer from the securities industry for engaging in undisclosed outside business activities. In March of 2017, the Securities and Exchange Commission (SEC) prohibited Mr. Parthemer from selling penny stocks after finding that he improperly sold more than $5 million of unregistered securities to high net worth clients.

Brokercheck records indicate that seven investor disputes against Aaron Parthemer have already been resolved. These disputes were filed between 2015 and 2017. They are related to the outside business activities (selling away) that Mr. Parthemer engaged in at both brokerage firms.

Specifically, the SEC determined that this broker pushed investors into an internet branding company called Global Village Concerns, Inc. (GVC). Proper due diligence was not conducted on this investment. Further, he failed to disclose his personal stake in the business. Collectively, Morgan Stanley and Wells Fargo have already paid out $3.2 million in compensation to affected investors.

Recently, two new investment fraud claims have been filed against Mr. Parthemer. According to reporting from Advisorhub, former Miami Heat basketball star Udonis Haslem filed a claim against Mr. Parthemer in August of 2018. He is seeking $413,000 in financial compensation for losses caused by Mr. Parthemer ‘selling away’ from his brokerage firm. In addition, former Miami Dolphins defensive back Louis Delmas filed a claim in July of 2018 seeking $180,000 in compensation on similar grounds. Currently, BrokerCheck lists both of these complaints as ‘pending’.

Get Legal Guidance From an Investment Fraud Lawyer Today

If you were the victim of investment fraud, please do not hesitate to reach out to Sonn Law Group for a free, no risk initial consultation.