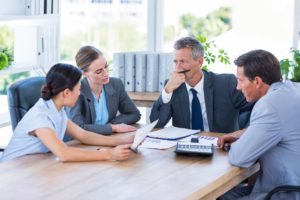 FINRA ordered Buckman, Buckman & Reid, Inc. (CRD# 23407), a New Jersey-based broker-dealer, to approximately $205,000 in restitution to several of its customers.

The sanctions came after FINRA discovered that the firm failed first to establish and maintain a supervisory system and second to reasonably supervise two of its representatives (Letter of Acceptance, Waiver and Consent No. 2018058266301). The representatives were both barred from the industry.

FINRA discovered that the two unnamed representatives had engaged in excessive trading of customers securities, resulting in hundreds of thousands of dollars in losses for seven of BBR’s customers

One of the representatives recommended frequent and short-term trades of Unit Investment Trusts that were intended to be long-term. Over a two-year period, these recommendations caused four customers to pay approximately $210,000 in commissions resulting in losses of approximately $163,000.

The second representative made similarly inappropriate recommendations, causing three customers to pay approximately $173,000 in commissions resulting in losses of over $290,000. In both cases, BBR and its senior vice president Harry John Buckman, Jr. (CRD# 2202467)  failed to identify or review these trades that should have been red flags.

BBR was ordered to pay the customers affected by the two representatives’ actions just over $205,000 in restitution and to review and revise the firm’s internal supervisory system regarding supervision of excessive trading.

Buckman was fined $20,000, suspended from the industry for three months, and ordered to undergo 40 hours of continuing education. Both Buckman and BBR settled the issue with FINRA without admitting or denying the charges.