Random thoughts of a cluttered mind about cryptocurrencies 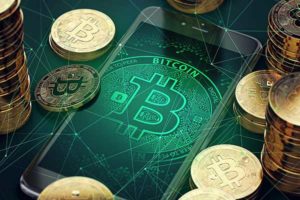 I have three reactions to crypto currency.

Amazingly the Winklevoss twins are now the first true crypto currency billionaires which I think makes up for their failed attempt to wrestle Facebook away from Mark Zuckerberg. Good for them.

Anytime you see any asset inflate as fast as crypto, it’s a huge red flag. Sure you might get lucky and ride it to $100,000. But sooner rather than later the bubble pops and you don’t know how low the bottom will go. Thats the problem in a nutshell. The dot com bubble pushed the NASDAQ index to 5,000 before the bubble burst then took 15 years to recover.

If you want to do it for fun, only do a small amount that you can afford to lose. It’s gambling pure and simple. Sure the technology — called block chain technology – seems very attractive because the algorithm is not in any one place but I have to think that people are smart enough to try to create a program that will eventually figure out the block chain and control it even though theoretically it’s not controllable.

Remember, everybody was sure the dot com era was so revolutionary that it was going to change our lives forever but in fact it was a life changer only incrementally — not nearly to the heights of the valuations put on hundreds of companies with no history of profits. You could open up a dot com selling stuffed toy cats and attract 15 million of capital.

I heard the phrase “discontinuous event” back in the dot com days, which was used to describe the technology that everyone now calls “disruptive technology” – technology that completely changes the way we live, work, and play.

Crypto currency seems quite attractive because it cannot be controlled by the central banks and everybody fears governmental central banks because the amount of control that they enjoy. Crypto currency becomes very attractive because of its decentralization and the inability of any government control it. On a purely philosophical level it sounds fantastic.

But with all things all assets eventually find their level where generally most investors will not pay more than a certain amount. What is happening right now is that the hedge funds and venture capitalists who got in early are continuing to support the hype either directly or indirectly because they are capitalizing on very early investments that have made them rich so far and they see that they can make themselves richer by the fact that interest in these investments is growing exponentially; and based upon analyst reports that puts bitcoin at a price of $100,000 in the next 12 to 18 months, so people read that and believe that they have to get it now which creates a self fulfilling prophecy so that the asset price will continue to inflate.

So sure, throw money at it but keep it small relative to your net worth and be willing to lose it just like you would betting $10 or $20 on football game where it will not change your life.

People don’t need crypto currency but they do need food, clothing, shelter, electricity, and basic services which will not change.

We don’t have to have crypto currency. It is a want not a need and too many people fall into the “get rich quick“ mindset thinking they missed the last great investment and They don’t want to miss this one. This is why Ponzi schemes are still so prevalent (I predicted one in September 2017 and the promoter/scammer just filed for bankruptcy the other day) because of investment psychology that says if you can convince somebody of a higher than market rate return based upon safety and the appearance of great success by the promoter, and the constant payments to all investors, leading investors to believe that it is truly a solid investment.

In reality it is nothing more than a successful company who is successful at nothing but in raising money, and this will eventually burn out when it reaches critical mass and cannot bring enough new investors to pay off the old investors on time.

That’s exactly what I think will happen a crypto currency. People will continue to invest until there are not enough buyers to meet sellers demand, and then it will become a buyers market, just like in real estate boom and bust cycles I have seen over the last 40 years.

Like everything else in life it’s just about timing. The difference is real estate has a basic utilitarian value that people need as opposed to want. We don’t need crypto currency but right now it has become a “need” instead of a “want” and that makes that asset very dangerous.

Yes people got rich off of crypto currency for sure, and some may still get rich if they’re smart enough to get out before others do. The question is who in this game of musical chairs is going to be left without a chair and if you don’t know who that is it’s likely that it’s going to be you. Again, if you don’t know the answer then it’s you.

As an expert in Ponzi schemes the past 30 years, while the technology of crypto seems very attractive, the media and hype surrounding it reminds me of every other Ponzi scheme that I worked on over the past 30 years. There will be net winners and net losers. Which one will you be?

I may miss the crypto currency asset craze and I may not make money on it (I am still hurting for not buying Microsoft stock in 1995 when I was standing in a long line trying to buy Microsoft 95 software because it was the most amazing new software after DOS 3.1) but for me it’s a want not a need. In the end I still like real estate, the kind that people need like homes and commercial buildings that support businesses that sell products and services that people need or at least greatly want.

If you look at Warren Buffett the greatest and best investor of all time, he did not heavily invest in the dot com bubble and people thought that his time was over and that he missed the greatest opportunity ever. Warren Buffet has many insights that many of us will never have but one of them is he always believes in buying great businesses that make great products or services that people need or the masses want on a regular basis.

He rarely will get involved in an unproven product or an unproven company. When he does it means he’s identified a new product that he has great confidence that people need or the masses want long-term and he avoids fads and things he does not understand. His philosophy has proven true for 60 years. That is a great track record that people need to pay more attention to.

In the end I may be wrong about crypto currency and maybe I’m conspiracy theorist, but I do believe that the central bankers of the governments around the world will do everything they can to make sure the crypto currency does not ultimately succeed. The only way it may succeed is if major corporations decide that it should be incorporated into every day commerce and banks decide that crypto currency is so well perfected it will solve many of their problems to avoid unwittingly providing money laundering services to terrorists or governments who support terrorists, as well as drug cartels and criminals.

But a large problem is banks are so heavily invested in Fiat currency – paper currency that is not backed by any asset – so that it would be difficult to switch over to crypto currency without rendering their existing investments worthless. That my friend is what I see as another obstruction to the success of crypto currency.

Of course there may be a tipping point where so many people use their Fiat currencies to invest in crypto currencies that the banks will want to get out of Fiat currencies before they are left holding the bag. The way they avoid that is to install government regulation of crypto currency so they can manage any ultimate conversion to what may be the world’s first true “world currency”. But crypto currency’s inherent value is that no government does control it and that seems to be very attractive to many younger people who favor technology over governments.

About the Author: Jeffrey Sonn is a securities arbitration attorney who represents the interests of investors who’ve suffered significant losses due to stockbroker and financial advisor malpractice or negligence.