The Puerto Rico bond default has resulted in unfortunate (and largely avoidable) financial losses for far too many innocent investors. The crisis dates back several years, as the island’s debt burden has been climbing while its economic growth has been slowing. Puerto Rico’s debt crisis first began to make major headlines in top American newspapers in the winter of 2012. It was then when Moody’s, a highly regarded credit rating agency, downgraded the territory’s general credit rating.

Other credit rating agencies soon followed with their own downgrades. It did not take long after that for the defaults to hit. In the fall of 2015, Puerto Rico defaulted on a $58 million bond payment. By July of 2016, the problem had grown, and the government defaulted on nearly $900 million of constitutionally guaranteed debt payments. The problems are still not resolved, and the defaults have dragged onto into this year. More debt payments were missed in February of 2017.

What Does Default Mean? 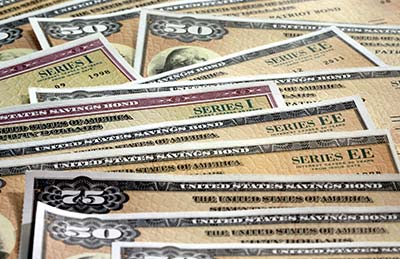 For Puerto Rico’s economy, their bond defaults could have severe long-term consequences. When the default occurred, Puerto Rico became the first American state or territory to default on its debt obligations since the state of Arkansas did so in the midst of the Great Depression. Not only will default raise the Puerto Rican government’s borrowing costs, but it may make it difficult to borrow money at all.

Eventually, this means that public services will face sharp cuts. The longer the debt goes unpaid, the more painful the inevitable cuts will be. All of the losses cannot simply be pushed onto innocent investors.

At the end of last year, Puerto Rican officials reported that its budget deficit was even higher than it was projected to be. As long as such a deficit exists, Puerto Rico will need to raise additional capital from investors to keep its services funded. As the island has long been losing population to the mainland U.S., particularly its wealthier and more education citizens, the territory’s tax base continues to erode. In all likelihood, this means that future financial problems still lie ahead.

The Puerto Rico bond default has already had dramatic ramifications for many investors. Sadly, further future consequences may be in store. The primary reason that so many investors ran into problems is because Puerto Rican bonds were aggressively marketed to them as ‘safe investments’. Yet, these supposedly safe investments have already lost a substantial amount of value.

In a piece published in February of 2016, CNN Money told the story of several investors who have been hurt by the defaults. Their stories are very much representative of what many other investors have gone through. For example, Teresa and Julio Garcia, a husband and wife from Puerto Rico, originally invested $500,000 in Puerto Rican bonds in 2005. Was this a rich couple from the island looking to make a quick buck? Absolutely not. The Garcias, like many bond investors, were retirees who put their entire life savings in these bonds.

As of early 2016, the couple’s investments had already lost over $200,000 in total value. CNN Money found several other investors, both in Puerto Rico and in the United States, who had suffered similar fates. Many investors have lost 40 to 60 percent of their initial investment, on these “safe” investments.

Several major brokerage firms and individual brokers failed to adequately protect the interests of their customers. This includes UBS, one of the largest financial services companies that operates on the island. Sadly, many investors lost a tremendous amount of money buying UBS Puerto Rico Bonds.

While no investment is perfectly safe, and thus no investment can ever be guaranteed to be ‘loss-free’, many Puerto Rico bond investors lost far more money than should have been possible. There were two primary reasons for this:

Too often, Puerto Rico bond investors simply did not know what they were getting themselves into when they were turning over their money. Not only did their brokers fail to properly advise them, but sadly, in many cases, their brokers and brokerage firms actively encouraged them to make ill-advised purchases. Most investors were looking for safe, conservative investment opportunities to produce a small amount of passive income. Yet, even knowing this, many financial advisers pushed these investors into Puerto Rico bonds by dramatically understating the risks.

Additionally, investors, believing that these bond investments were “completely safe”, were often encouraged to compound their risks by purchasing bonds with ‘leverage’. Essentially, this means that these investors were buying somewhat risky bonds with debt. This is never an appropriate thing to do for an investor who is seeking a passive and conservative investment.

Many Fraud Claims Have Been Filed

Since so many investors were hit hard by the Puerto Rico default, and because so many brokers and brokerage firms failed to properly protect them, a considerable number of complaints have already been filed. Indeed, the Financial Industry Regulatory Authority (FINRA) reports that as of January 31st, 2017 more than 1,900 Puerto Rico bond default-related claims have already been filed. Industry officials expect that thousands of additional claims will be filed in the coming years.

If you have been a victim of fraud, it is imperative that you exercise the full extent of legal options. You should consult with an attorney with experience handling the Puerto Rico default as soon as you possibly can. Your attorney will be able to review your claim, in detail, and determine precisely what needs to be done to help you obtain just compensation.

At the Sonn Law Group, we have extensive experience handling claims related to the Puerto Rico bond default. If you lost money investing in Puerto Rico, please contact our firm today for an immediate, no-obligation review of your case. From our offices in South Florida, Central Florida Houston and Atlanta, we serve clients throughout the United States and the world.