Identifying a Ponzi Scheme: The Red Flags to Watch For

The Structure of a Ponzi Scheme 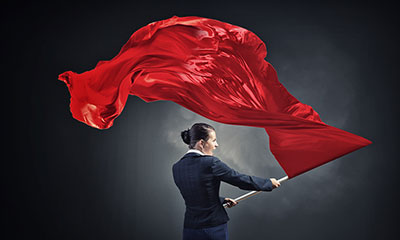 Ponzi schemes come in many forms, but usually contain the same type of structure.

The Businesses that Ponzi Schemes Utilize

The types of business that Ponzi schemes utilize are as varied as the imagination. They sometimes take the form of a successful commodities trading company,1 a “wizkid” stocktrader2, or a Christian church-based gold trading investment meant to “double the blessings” of investors..3

Sometimes the scheme involves a business that loaned money to others collateralized by auto loans,4 or the food brokerage business5. Others often involve raising “working capital” for established companies.6

Still others focus on the power of the internet, claiming that huge returns can be made by generating advertising revenue.7

Still others involve corrupt music or concert agents with connections to famous entertainers such as the Backstreet Boys,‘Nsync, and even the Rolling Stones.8

However, many of the Ponzi schemes use common techniques, such as:

Also, because of the internet, victims are often given the appearance of a valid investment account, via access to an online account statement on a website, using an account name and password. This way, the investors are comforted by viewing their investment balance and profits online, thus reinforcing the false belief that their money is safe and profitable.9