This is certainly understandable, as these two forms of investment fraud share key features.

For example, both schemes:

However, for all of their similarities, Ponzi schemes and pyramid schemes are distinct.

Our experienced securities fraud lawyers will explain. Please don’t hesitate to contact us online or call (844) 689-5754 today to learn how we can assist you.

Below, our securities fraud attorneys will briefly detail each scheme and then highlight the key difference between these two types of investment fraud.

An Overview of a Ponzi Scheme 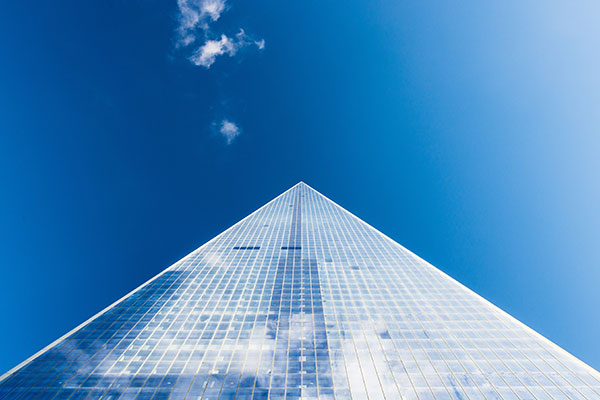 In 2009, Bernard Madoff was sentenced to 150 years in prison for his role in a massive $20 billion Ponzi scheme. To this day, Madoff’s fraud remains one of the largest financial frauds in U.S. history. Madoff’s fund was a typical example of a Ponzi scheme.

The way his scheme worked was as follows:

Of course, this scheme, like all Ponzi schemes, could not go on forever. Since the ‘returns’ investors were making were not real, Madoff did not actually have enough money to cover everything that was owed to investors. Once the fund ran out of new prey, during the financial crisis of 2007-2008, the fraud collapsed.

An Overview of a Pyramid Scheme

In January of 2013, Fortune Hi-Tech Marketing was shut down by federal regulators because it was found to be a pyramid scheme. In all, federal officials believe that nearly 100,000 people were taken in by this scam.

The way the Fortune Hi-Tech pyramid scheme operated was as follows:

This is a typical example of a pyramid scheme. The scheme can only stay afloat with rapid growth. However, soon, pyramid schemes run out of new investors. Only the very early investors, usually the ones who create the scheme in the first place, are ever able to make any real money.

1. How Investors Get Involved

On the other hand, investors in pyramid schemes generally have some awareness that they will need to recruit new investors in order to turn a profit.

Ponzi schemes are passive investments. An investor in a Ponzi scheme gives their capital to another party to manage it, and they expect to receive returns at the appropriate time.

In contrast, pyramid schemes are almost always an active investment.

Investors are often encouraged to spread the word that they are involved in the investment. Beyond giving their money, they are also expected to give their time.

3. The Fundamental Source of Payments

Ponzi schemes and pyramid schemes are similar in the sense that a constant stream of new investor capital is required to keep the fraud alive. Older investors are compensated by the contributions made by newly added investors. However, the fundamental source of the payments in the two schemes is different. In a Ponzi scheme, investors are led to believe that their investment is earning returns in the market.

In reality, money is simply being unlawfully transferred from new investors and these returns exist only on paper. Ponzi scheme investors have no knowledge that their gains have anything to do with new investors. In a pyramid scheme, the participants are fully aware of the fact that they need to attract new investors into the operation in order to make money.

A sophisticated Ponzi scheme can be extremely difficult to detect and can take years, sometimes even decades, to collapse. For instance, Bernard Madoff’s scheme lasted for more than 35 years. Pyramid schemes usually burn out very quickly. As pyramid schemes rely on very rapid growth, the minute that growth slows, the scheme becomes unviable.

Were You the Victim of a Ponzi Scheme or Pyramid Scheme?

We can help. At the Sonn Law Group, our firm has experience handling both Ponzi scheme cases and pyramid scheme cases.

To learn more about what we can do to help you recover compensation, please contact us online or give us a call today at (844) 689-5754 to request your free initial legal consultation. From our primary office in Miami, Florida, we serve investors nationwide.