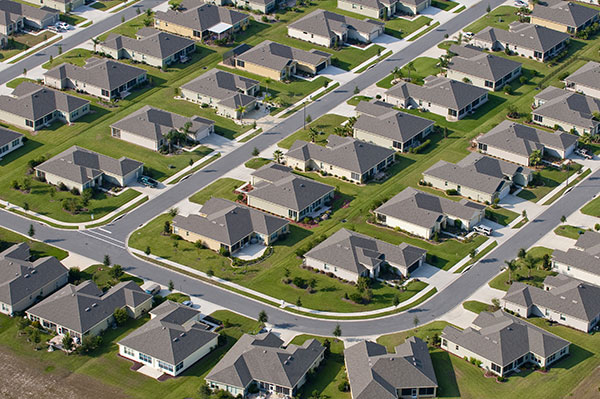 The CMO securitization process recasts prepayment risk into classes or tranches. These tranches have risk profiles ranging from extremely low to significantly high risk. Some tranches can be relatively immune to prepayment risk, while others bear a disproportionate share of the risk associated with the underlying collateral.

CMO issuance has grew dramatically throughout the 1980s and currently dominates the market for FNMA and FHLMC pass-throughs or agency collateral. Given the dramatic growth of the CMO market and its complex risks, this subsection discusses the structures and risks associated with CMOs.

In 1984, the Treasury ruled that multiple-class pass-throughs required active management; this resulted in the passthrough entities’ being considered corporations for tax purposes rather than trusts. Consequently, the issuer was no longer considered a grantor trust, and the income was taxed twice: once at the issuer level and again at the investor level. This ruling ultimately had complex and unintended ramifications for the CMO market.

The issue was ultimately addressed in the Tax Reform Act of 1986 through the creation of REMICs. REMIC is a tax designation; a REMIC may be originated as a trust, partnership, or other entity.

Today almost all CMOs are structured as real estate mortgage investment conduits (REMICs) to qualify for desirable tax treatment. As of January 1, 1992, REMICs became the sole means of issuing multipleclass mortgage-backed securities exempt from double taxation. As a practical matter, the vast majority of CMOs carry the REMIC designation. Indeed, many market participants use the terms ‘‘CMO’’ and ‘‘REMIC’’ interchangeably.

CMOs do not trade on a TBA basis. New issue CMOs settle on the date provided in the prospectus and trade on a corporate basis (three business days after the trade) in the secondary market. Common CMO structures include sequential pay, PACs, TACs, and floaters and inverse floaters as described below.

The initial form of CMO structure was designed to provide more precisely targeted maturities than the pass-through securities. Now considered a relatively simple design for CMOs, the sequential pay structure dominated CMO issuance from 1983 (when the first CMO was created) until the late 1980s. In the typical sequential pay deal, mortgage cash flows were divided into four tranches, labeled A, B, C, and Z.

If interest rates declined and prepayment speeds doubled (from 100 percent PSA44 to 200 percent PSA, for example), the average life of the A tranche might change from 35 months to 25 months, and the average life of the Z bond might shift from 280 months to 180 months. Hence, the change in the value of the Z bond would be similarly greater than the price change of the A tranche.

The PAC structure, which now dominates CMO issuance, creates tranches, called planned amortization classes, with cash flows that are protected from prepayment changes within certain limits. However, creating this ‘‘safer’’ set of tranches necessarily means that there must be other tranches, called ‘‘support’’ bonds, that are by definition more volatile than the underlying pass-throughs.

While the PAC tranches are relatively easy to sell, finding investors for higher-yielding, less predictable support bonds has been crucial for the success of the expanding CMO market.

A PAC bond classified as PAC 1 in a CMO structure has the highest cash-flow priority and the best protection from both extension and prepayment risk. In the past, deals have also included super PACs, another high-protection, lower-risk-type tranche distinguished by extremely wide bands.

The mechanisms that protect a PAC tranche within a deal may diminish, and its status may shift more toward the support end of the spectrum. The extent of a support-type role that a PAC might play depends in part on its original cash-flow priority status and the principal balances of the other support tranches embedded within the deal.

Indeed, as prepayments accelerated in 1993, support tranches were asked to bear the brunt, and many disappeared. A PAC III, for example, became a pure support tranche, foregoing any PAC-like characteristics in that case.

A variation on the PAC theme has emerged in the scheduled tranche (SCH). Like a PAC, an SCH has a predetermined cash-flow collar, but it is too narrow even to be called a PAC III. An SCH tranche is also prioritized within a deal using the above format, but understand that its initial priority status is usually below even that of a PAC III.

These narrower band PAC-type bonds were designed to perform well in low-volatility environments and were popular in late 1992 and early 1993. At that time, many investors failed to realize what would happen to the tranche when prepayments violated the band.

PAC bond investors are willing to give up yield in order to reduce their exposure to prepayment risk or negative convexity. Nevertheless, PAC bond holders are exposed to prepayment risk outside the protected range and correspondingly receive yields above those available on comparable Treasury securities.

A targeted amortization tranche (TAC) typically offers protection from prepayment risk but not extension risk. Similar to the cash-flow schedule of a PAC that is built around a collar, a TAC’s schedule is built around a single pricing speed, and the average life of the tranche is ‘‘targeted’’ to that speed.

Any excess principal paid typically has little effect on the TAC; its targeted speed acts as a line of defense. Investors in TACs, however, pay the price for this defense with their lack of protection when rates increase, subjecting the tranche to potential extension risk.

D. Floaters and inverse floaters. CMOs and REMICs can include several floating-rate classes.

Floating-rate tranches have coupon rates that float with movements in an underlying index. The most widely used indexes for floating-rate tranches are the London Interbank Offered Rate (LIBOR) and the Eleventh District Cost of Funds Index (COFI). While LIBOR correlates closely with interest-rate movements in the domestic federal funds market, COFI has a built-in lag feature and is slower to respond to changes in interest rates.

Thus, the holders of COFI-indexed floaters generally experience a delay in the effects of changing interest-rate movements.

Since most floating-rate tranches are backed by fixed-rate mortgages or pass-through securities, floating-rate tranches must be issued in combination with some kind of ‘‘support.’’ The designed support mechanism on floaters is an interest-rate cap, generally coupled with a support bond or inverse floater. If interest rates rise, where does the extra money come from to pay higher rates on the floating CMO tranches?

The solution is in the form of an inverse floating-rate tranche. The coupon rate on the inverse tranche moves opposite of the accompanying floater tranche, thus allowing the floater to pay high interest rates. The floater and the inverse tranches ‘‘share’’ interest payments from a pool of fixed-rate mortgage securities.

Effectively, the interest-payment characteristics of the underlying home mortgages have not changed; another tranche is created where risk is shifted. This shifting of risk from the floater doubles up the interest-rate risk in the inverse floater, with enhanced yield and price ramifications as rates fluctuate.

If rates fall, the inverse floater receives the benefit of a higher-rate-bearing security in a low-rated environment. Conversely, if rates rise, that same investor pays the price of holding a lower-rate security in a high-rate environment. As with other tranche types, prepayments determine the floating cash flows and the weighted average life of the instrument (WAL).

With respect to floaters, the two most important risks are the risk that the coupon rate will adjust to its maximum level (cap risk) and the risk that the index will not correlate tightly with the underlying mortgage product. Additionally, floaters that have ‘‘capped out’’ and that have WALs that extend as prepayments slow may experience considerable price depreciation.

Interest-only (IO) and principal-only (PO) securities are another modification of the mortgage passthrough product. This market is referred to as the stripped mortgage-backed securities (SMBS) market.

Both IOs and POs are more sensitive to prepayment rates than the underlying pass-throughs. Despite the increased exposure to prepayment risk, these instruments have proved popular with several groups of investors. For example, mortgage servicers may purchase POs to offset the loss of servicing income from rising prepayments.

IOs are often used as a hedging vehicle by fixed-income portfolio managers because the value of IOs rises when prepayments slow—usually in rising interest-rate environments when most fixed-income security prices decline.

Two techniques have been used to create IOs and POs. The first, which dominates outstandings in IOs and POs, strips pass-throughs into their interest and principal components, which are then sold as separate securities. The second technique, which has become increasingly popular over the past few years, simply slices off an interest or principal portion of any CMO tranche to be sold independently. In practice, IO slices, called ‘‘IOettes,’’ far outnumber PO slices.

IOs and IOettes are relatively high-yielding tranches that are generally subject to considerable prepayment volatility. For example, falling interest rates and rising prepayment speeds in late 1991 caused some IOs (such as those backed by FNMA 10 percent collateral) to fall up to 40 percent in value between July and December.

IOs also declined sharply on several occasions in 1992 and 1993 as mortgage rates moved to 20- and 25-year lows, resulting in very high levels of prepayment. CMO dealers use IOettes to reduce coupons on numerous tranches, allowing these tranches to be sold at a discount (as preferred by investors). In effect, much of the call risk is transferred from these tranches to the IOette.

The fact that IO prices generally move inversely to most fixed-income securities makes them theoretically attractive hedging vehicles in a portfolio context. Nevertheless, IOs represent one of the riskiest fixed-income assets available and may be used in a highly leveraged way to speculate about either future interest rates or prepayment rates.

Given that their value rises (falls) when interest rates increase (decrease), many financial institutions, including banks, thrifts, and insurance companies, have purchased IOs and IOettes as hedges for their fixed-income portfolios, but such hedges might prove problematic as they expose the hedger to considerable basis risk. As a practical matter, IOettes have the price performance characteristics of IOs.

Both pass-through securities and CMOs are purchased by a broad array of institutional customers, including banks, thrifts, insurance companies, pension funds, mortgage ‘‘boutiques,’’ 9 and retail investors. CMO underwriters customize the majority of CMO tranches for specific end-users, and customization is especially common for low-risk tranches.

Since this customization results from investors’ desire to either hedge an existing exposure or to assume a specific risk, many end-users perceive less need for hedging. For the most part, end-users generally adopt a buy-and-hold strategy, perhaps in part because the customization makes resale more difficult.

Inverse floaters and IO’s have been the subject of SEC litigation against brokers who misrepresent their risks or characteristics, and are the subject of current arbitrations. In one case, the SEC charged a broker for committing the following illegal acts:

FINRA (the industry trade association formerly known as the NASD) previously has advised its members that inverse floaters “are only suitable for sophisticated investors with a high-risk profile and the investor must be made aware of the risks and characteristics” of the inverse floater being purchased.

Next: Mortgage Backed Securities Are Not Easily Understood by the Average Investor