Tariq Sales was named in a customer dispute seeking almost $500,000 in damages.

The Sonn Law Group is investigating allegations that Tariq Sales committed misconduct. If you or a family member has suffered losses investing, we want to discuss your case. Please contact us today for a free review of your case. 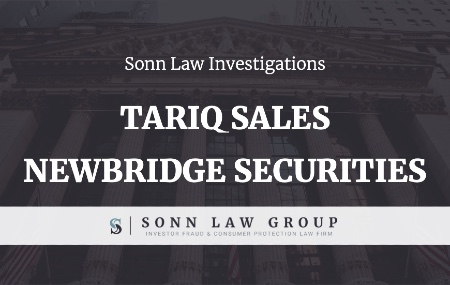 Sales was named in a customer dispute in August 2019 alleging breach of fiduciary duty, breach of contract, and negligence. The complainant is seeking $499,999. The matter is currently pending.

Sales’ BrokerCheck report has four disclosures, including the above-mentioned complaint. The other three disclosures are tax liens from 2012, 2013, and 2014.

Sales was registered with eight firms total over the course of his career.