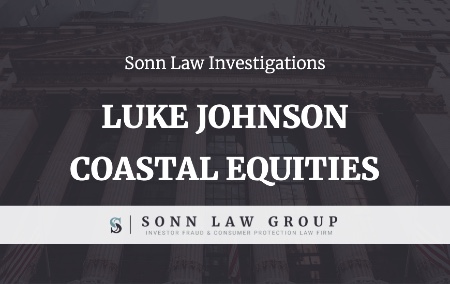 According to his BrokerCheck report (CRD#: 3257008), Luke Johnson has been accused of selling GPB Capital Investments. Additionally, he has been the subject of seven total customer complaints.

GPB Capital has been the subject of mounting legal scrutiny over the past months. The following include some admissions made by the company.

In addition to these issues, GPB’s CCO was indicted for illegally obtaining information on the SEC’s investigation into GPB Capital and sharing it with the firm. GPB is also being investigated by FINRA and the FBI.