Leon Almeida is accused of misrepresenting a variable annuity in 2016.

The Sonn Law Group is investigating allegations that Leon Almeida committed misconduct. If you or a family member has suffered losses investing, we want to discuss your case. Please contact us today for a free review of your case. 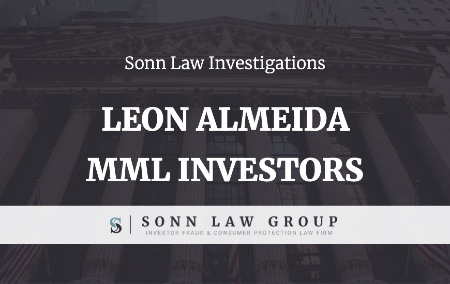 Leon Almeida (CRD#: 5645472)  was named in a customer dispute in which he was accused of selling a new variable annuity in 2016 which was allegedly misrepresented. The client claimed he was first advised by Almeida that the company holding his existing account would not remain in business. This matter is still pending.

Almeida was named in a customer dispute in January 2019 where the complainant alleged that variable annuities sold to him in 2018 were misrepresented. The matter was settled for $19,038. Almeida was also the subject of a customer dispute in February 2013. In that case, the customer alleged unsuitable recommendations by Almeida. The matter was settled for $24,394.

Almeida has been employed by MML Investors Services since 2017. He was previously employed by MSI Financial Services from 2011-2017.