Kalos Capital and Finrock face claims for the wrongful sale of alternative investments. 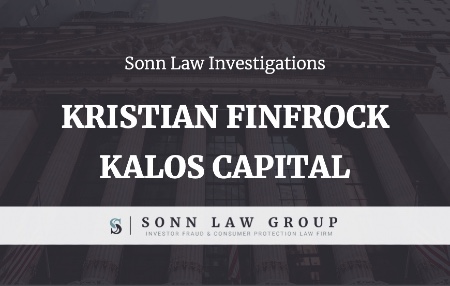 Kalos Capital has been sued based on a registered representative, Kristian Finfrock’s, alleged pressuring of clients into “alternative investments” in GPB Capital Holdings.

According to the complaint, Finfrock, who has been registered with Kalos since 2012, placed more than $750,000 of a retired and ill client’s life savings into illiquid alternative investments, $185,000 of which was invested into GPB Capital.

Finfrock works for Kalos Capital under the title “Retirement Income Strategies.” Typically, it is unsuitable and inappropriate for retired investors to place funds into illiquid, risky alternative investments such as those named above.

The Sonn Law Group is currently investigating allegations that Gary Imel recommended investments in GPB Capital Holdings. We represent investors in claims against negligent brokers and brokerage firms. If you or your loved one experienced investment losses, we are here to help. For a free consultation, please call us now at 866-827-3202 or complete our contact form.