The Sonn Law Group is investigating allegations that John Hoidas recommended investments in GPB Capital Holdings. If you or a family member has suffered losses investing, we want to discuss your case. Please contact ustoday for a free review of your case. 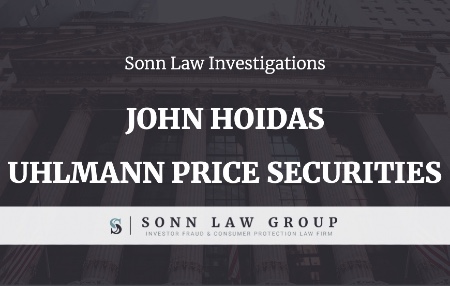 John Hoidas (CRD#: 1937971) is currently a financial advisor at Uhlmann Price Securities in Evanston, Illinois. Hoidas has been in the securities industry for over fifteen years.

Hoidas currently has four pending customer complaints, alleging that he violated sales practices. Some of the complaints are regarding the sale of interests in GPB Capital Holdings.