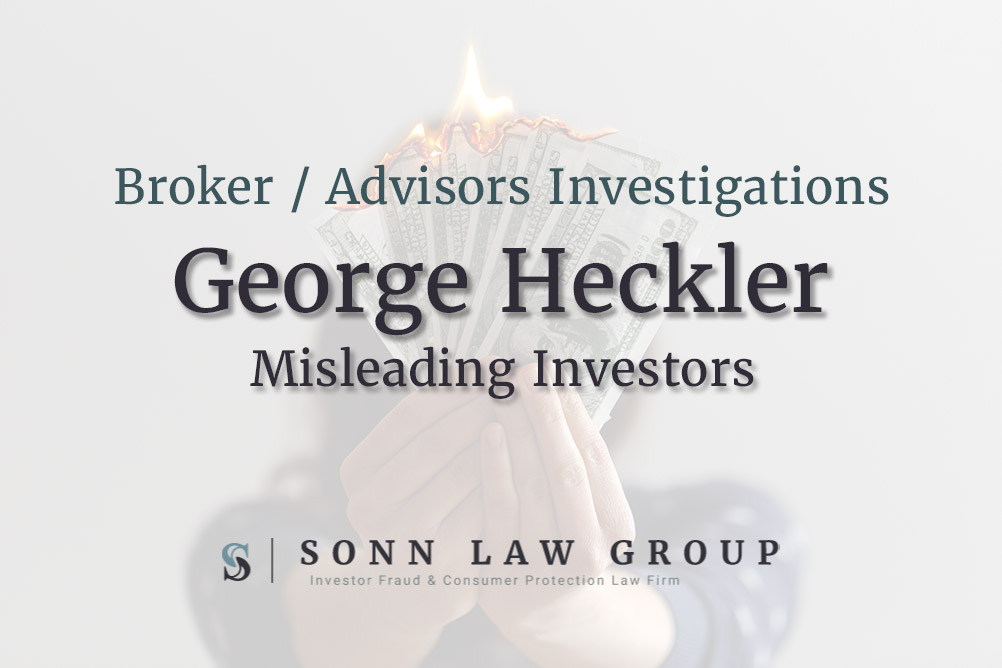 The SEC alleged that George Heckler transferred Conestoga’s poorly performing assets to the newly formed Cassatt and CV Special and misrepresented the funds’ objectives and performance to investors in the two new funds. The SEC’s complaint alleges that, between 2009 and 2019, Heckler falsely told investors that their funds were being used to engage in very short-term equity trading and that the investments were consistently generating positive returns.

On the contrary, according to the complaint, a substantial amount of investors’ funds had not been invested at all or had been used to make Ponzi-like payments to prior investors. According to the complaint, Heckler raised at least $90 million in new investor capital through Cassatt, CV Special, and three other entities he controlled, of which over $32 million was used to repay or redeem prior investors. In addition, the Commission alleges that Heckler took over $1 million for his personal use, and Cassatt and CV Special suffered significant losses as a result of poor investments by Heckler. Heckler also allegedly concealed these losses from investors by providing them with false account statements showing fictitious gains.

The SEC’s complaint charges Heckler with violating the antifraud provisions of Section 17(a) of the Securities Act of 1933, Section 10(b) of the Securities Exchange Act of 1934 and Rule 10b-5 thereunder, and Sections 206(1), 206(2), 206(4) and Rule 206(4)-8 of the Investment Advisers Act of 1940. Heckler has agreed to settle the SEC’s charges by consenting to a bifurcated judgment that permanently enjoins him from future violations of the charged provisions and bars him from the securities industry, with disgorgement and penalties to be resolved at a future date.

The Sonn Law Group is currently investigating allegations surrounding George Heckler. We represent investors in claims against negligent brokers and brokerage firms. If you or your loved one experienced investment losses, we are here to help. For a free consultation, please call us now at 866-827-3202 or complete our contact form.