The Sonn Law Group is investigating allegations that Brian Lockett committed misconduct. If you or a family member has suffered losses investing, we want to discuss your case. Please contact us today for a free review of your case. 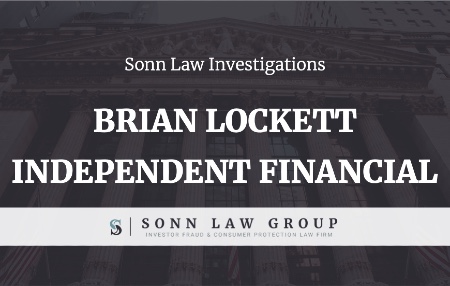 Brian Lockett (CRD#: 4573162) accepted and consented to FINRA’s findings that he participated in a private securities transaction without providing prior written notice to his firm.

Specifically, the findings state that “[i]n July 2012, one of Lockett’s customers (the “Customer”) invested a total of $50,000 in a private placement offering.

According to his BrokerCheck report, Lockett was also named in nine customer disputes between December 2012 and September 2016. The largest settlement amount awarded was $450,000 in early 2015 based on allegations that Lockett negligently managed variable annuity sub-accounts from 2011 until 2014. The other settlement amount ranged from $7,750 to $350,000, stemming from allegations that Lockett participated in the sale of unapproved and unsuitable investments in oil and gas between 2011 and 2012.